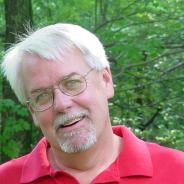 There is a lot of buzz out there about two newer game publishers that started up in the last year or so; Flying Pig Games and Tiny Battle Publishing, both creations of Mark H. Walker.

FPG flew onto gamers’ radars late last year when Mark eschewed the P500 route for the company’s first big release, Night of Man. Instead, he put the game up on Kickstarter and it quickly hit its funding and stretch goals.

Flying Pig Games has also raised eyebrows with its publication of Yaah! Magazine, which is now into its fourth issue. The magazine has taken a broad approach to gaming, featuring articles on everything from Victory Games hex and counter classics to newer miniatures games such as Rivet Wars.

Tiny Battle Publishing, owned by Mark H. Walker and headed by Mary Holland-Russell, has so far garnered positive attention by releasing lower-cost games on a wide variety of themes and topics. These range from Invaders from Dimension X! a solitaire game inspired by ’50s-era B-movie UFO invasion flicks, right up to Mark’s return to platoon-level ’80s combat between the Americans and Soviets in his design, Sticks and Stones.

Mark was gracious enough to take time from his busy schedule to answer my questions about his design philosophy, how the new company is growing in the past year, and the direction it is headed.

HaH:  First off, The Beatles or The Rolling Stones?

MHW: Ha, good one. Unfortunately, I’m not a fan of either. Both have done songs I like, but I’ve never purchased an album from either group. I’m more of a Plimsouls (Million Miles Away) and Garbage (I’m Only Happy When it Rains) kind of guy, but I do love me some bluegrass (Sierra Hull) too.

HaH: It has been almost a year now since you started Flying Pig Games. What would you say are the main pros and cons of being a smaller publisher in the gaming business these days?

MHW: Well, I’ve seen both sides. When I sold LNLP we had something like 60 products on the shelves. That many products equated to equal parts excitement and aggravation. I promised myself two things when I started FPG. 1. I would never return to that 7/24 ordeal, and 2. That I would never get back into the P500 loop. I’m uncomfortable owing folks for copies of Old School Tactical and Night of Man, let alone placing more games on a P500. It takes almost nothing to make a P500 page. Publishing a game is somewhat more difficult. 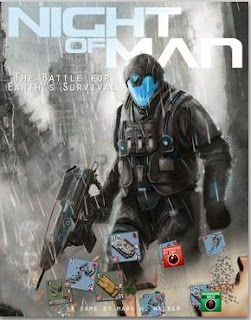 HaH: One of FPG’s first releases was Night of Man, which you used Kickstarter to fund. How did you find the experience of using Kickstarter to fund a game? Was it a headache or do you think this is the way forward for many game companies?  What did you learn about using it?

MHW: Kickstarter is great. It simplifies the pre-order process. We intend to use it for our squad-level Vietnam game, titled ’65. Stretch Goals are the problem. It’s easy to get caught up in the excitement of the campaign and promise the moon to the folks who pledge. Unfortunately, the moon takes a very, very long time to draw, assemble, test, print, correct, publish and ship. If I had held both Night of Man and Old School Tactical to either the base game, or very simple stretch goals, everyone would already have them on their table. We will do ’65 differently. We might not even have stretch goals. The bonus I’ll offer gamers is that I will get it on their tables in three months. 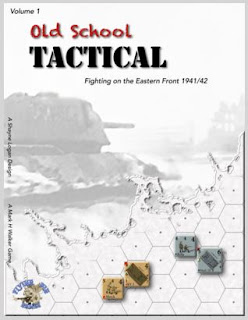 HaH: Old School Tactical seemed to garner a lot of pre-orders very very quickly. Were you surprised by this? What is it about this kind of game that you think appeals so much to gamers?

MHW: I was very pleased, but not totally surprised. Shayne has designed a fun, yet accessible game. Of course, you can’t really tell that from the Kickstarter campaign. I think the setting and the art helped sell it. The maps are simply gorgeous.

HaH: What themes or eras appeal most to you as a designer?  Who or what would you say are your main inspirations for design?  What advice would you give an aspiring game designer these days?

MHW: Military horror and survival horror are genres/themes that I love. Movies like Dog Soldiers, books like Adam Baker’s Juggernaut, games like Level 7 or Invaders from Dimension X. I like science fiction ground combat too. Alternate history is also a lot of fun. Historical themes? Modern day ground combat, Vietnam forward. Advice? Design. Just do it. Sit at a computer, get out a pen and paper, write in the dirt. As soon as you start, you are no longer an aspiring game designer, you are a game designer, and don’t let anyone tell you anything different.

Second piece of advice. Play a lot of games. If you want to design a strategic WW2 game, play all the strategic WW2 games out there. Third piece of advice. Throw all your war games away. You want to become a better designer? Put those hex and counters away and broaden your horizons, play Euros, play Ameritrash, play Exploding Kittens. Then think, “How can I use this in my WW2 game?” Fourth piece of advice? Burn all your board games. Play video games, play miniatures games. Then think, “How can…” Well, you get the point. 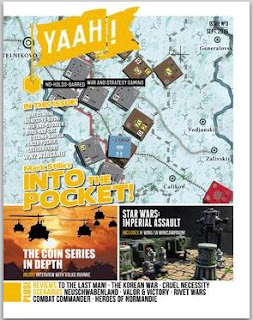 HaH: Flying Pig Games has released the first four issues of Yaah! Magazine. Are there any plans to do more magazines?

MHW: Yes, there are plans, I just need to find the right editors. Tom Russell is magnificent. Far and away the best editor I’ve ever worked with.  I have feelers out to locate the miniature-gaming equivalent of Tom. As soon as I do, we’ll be in the miniatures gaming magazine business too.