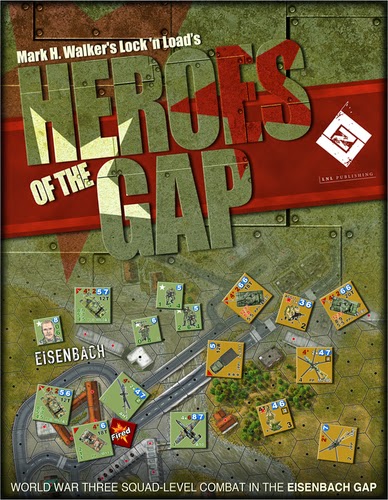 Continuing through with my video playthroughs, I’ve set up and played a game of “Heroes of the Gap”.  In this scenario, “Air Assault”, the Americans are caught by surprise as the Soviets send in airborne helicopter assault troops in a pre-dawn raid to capture three vital objectives in Eisenbach.  The Americans have a small garrison here and attempt to fend off the Spetsnaz troops for as long as they can while help is on the way.

I really enjoyed playing through this scenario.  It incorporates some of the best elements of Heroes of the Gap.  There are helicopters, air strikes, anti-tank missiles, and an M-1 Abrams tank.  I thought the folks at LnLP did a nice job of creating some specific module rules that accounted for modern weaponry.  They also did a nice job of creating scenarios that let it all shine.  “Air Assault” is a really good example of one of those scenarios.