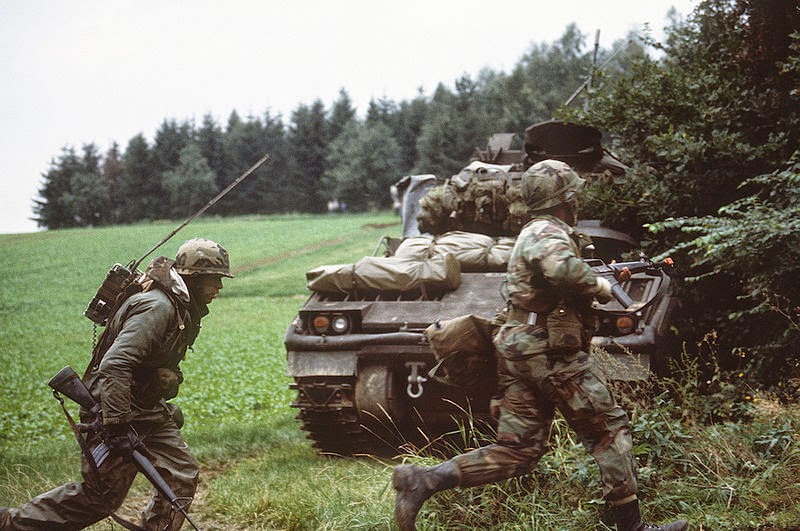 Corps Command:  Dawn’s Early Light continues on!  The Soviets have made some impressive gains in the last couple of game days.  With the road almost open to Stahlhammer AFB and the West Germans rapidly falling to the onslaught of the 1st Guards Tank Division, it seems that the Soviets have their first victory point in sight.

Eisenbach is also currently held by the Soviets but American reinforcements may help turn the tide and keep the Warsaw Pact from winning this one outright.

At the end of day 2, we pull new asset chits for both sides.  NATO gets to pull 5 asset chits while the Pact only pulls three.  On the other hand, the Pact player will get 1 regiment from the 33rd MRD rolling on the board every impulse of Day 3.  Can NATO stand up to the pressure and push back against the Russians?  The game ends after day 4 so the decisions each player makes will be critical in the coming day.  Check out the video report below for how day 3 progressed.