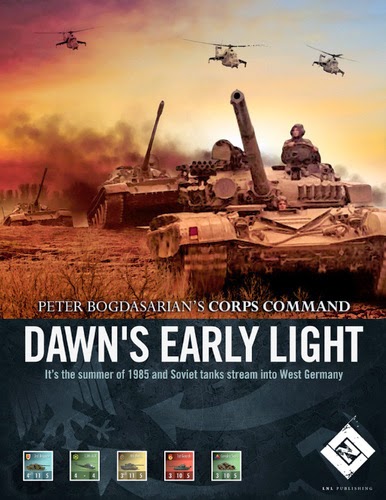 Sometimes it’s hard to document everything you want through a still camera, especially in games where there’s a heck of a lot happening at once.  At best you can end up with a pretty basic description of what happened on your table while missing out on some interesting details and at worst, the result is a confusing mess of a report that no one can understand.  I’ve tried to document games of Dawn’s Early Light before but was never really satisfied with the end result.

Since I’ve gotten a video camera recently, however, I’ve found that I’m able to convey the actions in some games in a much different way.  I still enjoy writing – don’t get me wrong!  But I’m enjoying the idea of using different media to make my reports.

As a result, I’m releasing a mini-series of video updates dealing with my current game of Corps Command:  Dawn’s Early Light.  After each impulse in the game, I stop the action and talk a bit about what’s happened.  It may be a bit more detailed than some people would like but fans of Dawn’s Early Light (or people who are interested in watching and listening to a more detailed playthrough of games) might enjoy it.

Without further ado, here’s the introduction video for my most recent game of Dawn’s Early Light, playing the scenario of the same name.  This is the setup and introduction. I’ll be updating with an impulse-by-impulse report of the action over the days ahead.  Enjoy!