Continuing with my posts on my first game of “The Third World War” here and I’ll try to provide a bit more detail here about what’s happening.  If you’re new to the game, it sort of flows in this basic sequence:

Right now, I’ve gone through 2 and 3 and I’ve “paused” the game just at the end of phase 3 to give this little report.  Basically first echelon phases allow for everyone to move and attack and second echelon allows for those Pact units that are not in enemy ZOC to move and attack again.  This allows for the Pact to keep pushing with its attempt to find a breakthrough in the NATO lines. 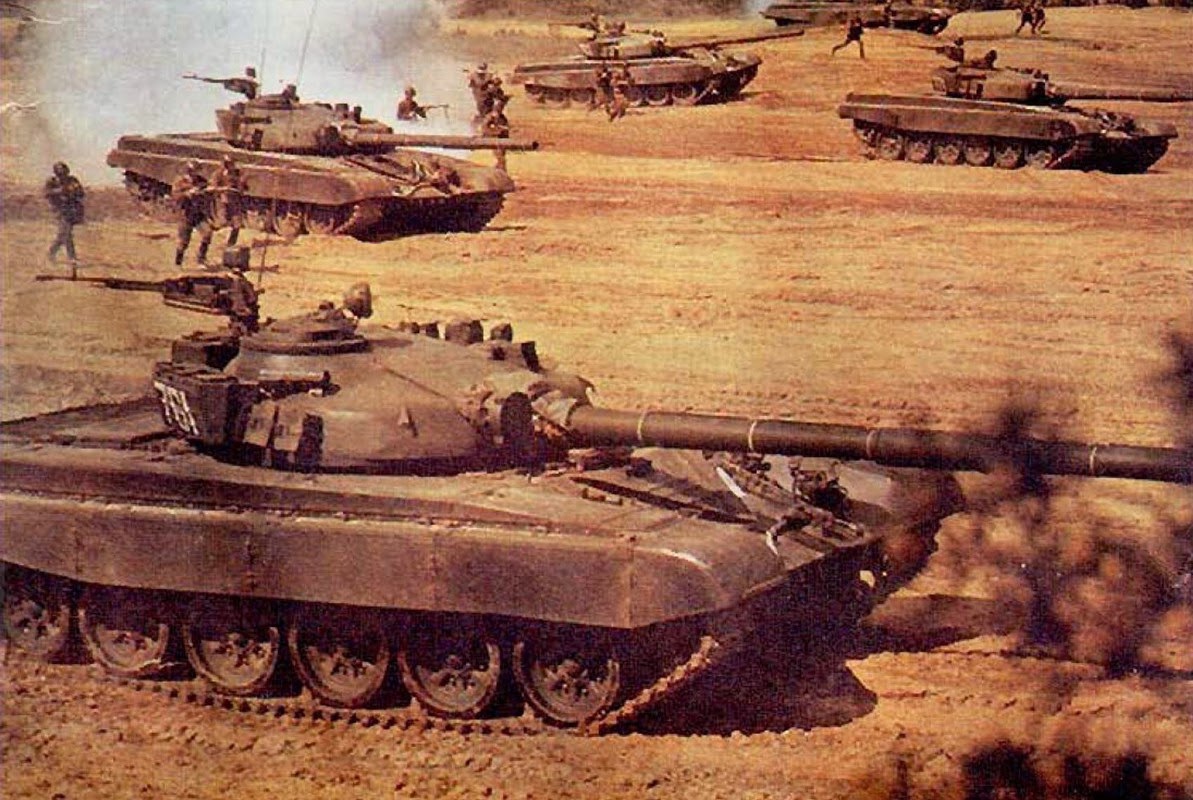 The Warsaw Pact moved and attacked during the first echelon impulse phase and managed to dislodge a few NATO units but not make any real advances across the front.  No serious breakthroughs have happened although NATO is kind of in trouble around the center of the board.

Making mistakes is all part of being a new player and I’m no exception here.  I had forgotten to enter the Pact’s reinforcements on the board.  That’s okay – I send forward about six Soviet divisions, enetering on the east side of the board from Poland.  Most of the units are used to reinforce the successes in the center of the frontline although a couple of units are sent to buff up the northern sector near Denmark, which has had few successes against the stubborn NATO resistance in the area.

The Warsaw Pact gets another full combat impulse with a first and second echelon movement and combat phase.  This time the Pact concentrates its attacks and tries to focus a little more on a breakout rather than just hitting randomly at weak units.  The results are a fair bit better this time as NATO crumbles a bit in the center of the board and Pact units are now 100 kms into West Germany.  The British lose the 3rd Armored Division up near Hannover while a West German mechanized division down south of Nurnberg gets hammered by the 4th Guards Tank and is sent back west in a retreat, taking two more disruptions (for a total of 5) by the time it pulls back towards Munich.

The Soviets decide to help out the Poles in their attack on West Berlin but thanks to rolling a “1” on the attack die, the British, US, and French forces hang on, suffering only a single disruption.  It’s kind of amazing how such a small force is managing to tie up several divisions of armor and infantry and I need to take care of them very quickly so I can get those Poles to the front. (I initially thought those NATO units in West Berlin must be isolated but according to the rules, NATO units in the city are never isolated).

By the time the NATO impulse comes around (they get two in a row now), things are looking fairly good for the Pact near the Fulda Gap while the south of the map shows a steady advance of Pact units moving towards Munich (although most of them are suffering disruptions – which basically affects unit proficiency.  This acts to shift the CRT odds in favor of the enemy when attacking units with higher proficiency levels).

In the north, a stalemate has occurred but there are quite a few Soviet tank divisions moving up from the line to help out after dealing serious damage to the nearby British.

Anyway, here’s a youtube video that sort of describes what’s been happening over the last couple of impulses and might help to make things more clear for those interested.