Over the weekend, my newest game aquisition, GDW’s 1984 classic “The Third World War:  Battle for Germany” arrived.  TWW is one of those WW3 games that has a great deal of affection from many wargamers.  The fluidity of the rules along with the wide array of options available to both the NATO and Warsaw Pact along with the ability to mix the game together with others in the series for a huge 80s style superpower dust-up appealed greatly to gamers.  Reading the reviews at the time, it seems Frank Chadwick’s design was largely perceived as elegant.

Battle for Germany was the first of the games released in “The Third World War” series.  Set in 1990, the game was based on Chadwick’s projections about a near-term conflict between the Pact and NATO that’s sparked by events in the Middle East.  GDW was nothing if not confident about the game’s ability to appeal to wargamers.  Consequently, the scope of the series expanded in future releases in the series, including Southern Front, Arctic Front, and Persian Gulf:  The Battle for the Middle East.  You can’t help but wonder where Chadwick had gone next with the series if the Cold War hadn’t ended and GDW hadn’t gotten into some amount of financial difficulty by the late 1980s. 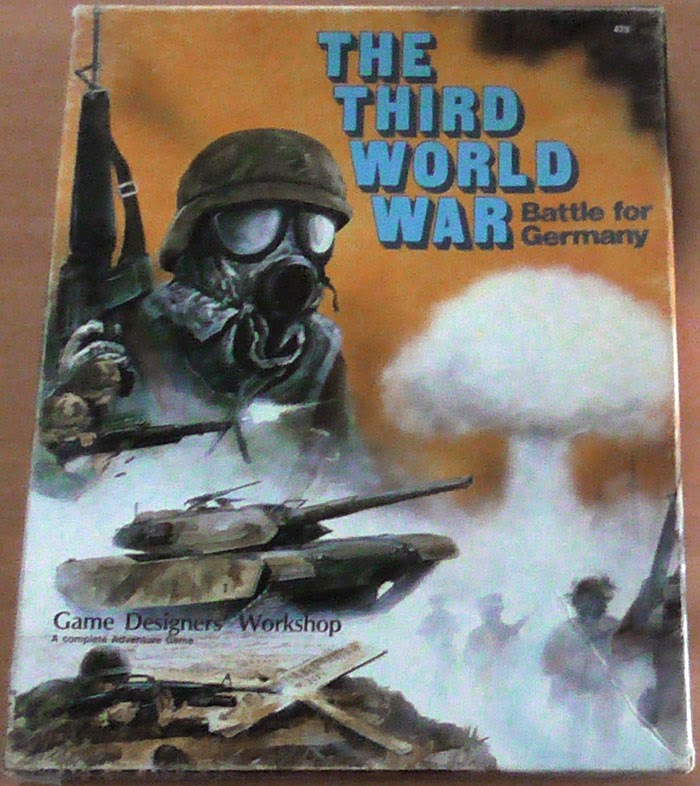 So with great anticipation, I ordered the first game in the series, Battle for Germany, and waited patiently.  Over the weekend, it arrived and I wasted no time in setting it up on the table, plunking down the counters, opening the rules up and… 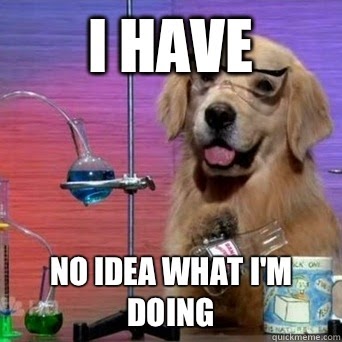 After running through a practice turn in the full game and finding out just how many mistakes I made, I resolved to go back and slowly advance through the game once again after setting it up.  To make matters a bit easier for myself, I’m playing the “short game” which features only the battle in Germany itself and ignores the southwestern theater of operations that covers Yugoslavia and northern Italy.  I’m going to be blogging my attempts to learn the game on what is really my first playthrough.  I tend to get frustrated during this process so the coming updates may take a while or they may be incomplete – you’ve been warned!
So here’s my current setup on the eve of war:
Is this a good setup?  I’m not sure.  I’ve tried to basically position the Warsaw Pact forces so that one army will try to tear a hole in the NATO defense while the other tries to crawl through it and burst through to the enemy’s rear in the second echelon impulse. I’m a little worried that I’ve positioned too many Pact units on the border without enough reserve in place for a breakthrough.
Things look strongest in the center of the board where the powerful 8th and 1st Guards Army are poised to break through the Fulda Gap though with the powerful US V Corps sitting there, I’m not sure this is going to be an easy fight.  I’m pretty confident the Pact will hit NATO very hard around Hamburg but it doesn’t look like they’ll have much to follow it through with.  I’m hoping the Poles sitting way to the east can come in and exploit any gaps.  Down south, the Czechs will hopefully keep the West Germans busy while the nearby Soviets aim for the US units near Frankfurt.
After the Pact sets up, NATO gets a special impulse for forward movement.  Most of the NATO units managed to make the roll to move up towards the intra German border.  The French sunk a bunch of their armor around Frankfurt to shore up US defenses near Fulda and the Canadians are ready to help out.  All except one British division (the 4th Armored Division) made it to Hannover in what is destined to become a bloody affair with the 3rd Shock Army.  The most notable activations failure was that of the US III Corps’ 2nd Armored Division, which is still sitting south of Osnabrück doing not much of anything at all.  That’s a huge setback for NATO as they would likely prove very deadly working with the UK I Corps against Pact armor breakthrough attempts near Hannover.
Neutral Activation Phase:  This is the Pact’s chance to declare war on a neutral nation so if it feels like going into Austria during the turn, this is the chance.  The WP seems to have enough strength in the south and there’s no need to make any new enemies (yet) so Austria is left alone for this turn.
Weather:  Weather is good for the entire first week of the war.
Restraint Phase:  Neither player declares nuclear weapons restraint this turn.  Hope you know how to make a family shelter!
Next up!  Air Phase…