Bathed in the soft glow of your NATO command bunker’s monitors, your fingers tremble slightly as they carefully type a single dreaded word – “MIDNIGHT” into the WARCOM computer.  You hesitate for a brief moment before finally hitting Enter.  Sweat pours down your brow. 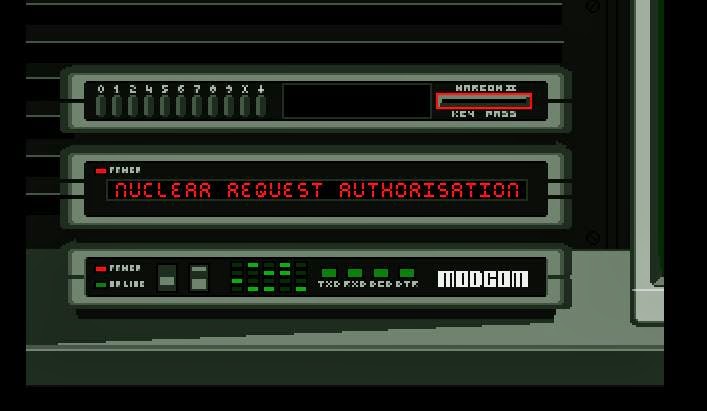 With the missile command authorization out of the way, a virtual smorgasbord of horrifying strike plans is laid out in front of your eyes.  After finding the right launch plan, you type it in and watch the large screen on the wall go red as 8 chemical cruise missiles streak from left to right on the map towards Warsaw Pact command HQs deep behind the Iron Curtain.  In an instant, 20,000 people are dead – many of them innocent civilians.  But you barely have time to register what has happened before news of a retaliatory strike comes your way.  A few minutes later, the report comes in – a battlefield nuclear weapon has airburst over US V Corps, wiping it off the face of the planet. 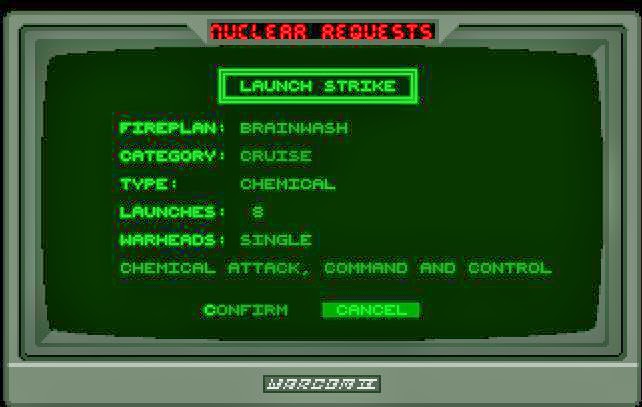 Released in April 1989 by Mirrorsoft for the Atari ST and the Amiga, Conflict Europe attempted to simulate World War III from the perspective of a central European theater commander.  Players could take on the role of the Warsaw Pact or NATO commander in this turn-based game that gives you control over diplomacy, nuclear and chemical weapons, air assignment, special forces missions, and much more.  From today’s perspective, Conflict Europe falls well short of the detail and complexity of today’s strategic-level wargames but considering the limited computer power available at the time, it did fairly well at providing a very tense and exciting experience through simplifying and abstracting things like supply, air support, and reinforcements.

Conflict Europe is the descendant of an earlier game called Theater Europe, which was released in 1985 for the Commodore 64, Atari 8-bit, and the Spectrum.  One interesting feature of this game was that in order to get the nuclear launch codes, you actually had to phone a number and hear a recording that included air raid siren, explosions, and finally crying baby before a voice says, “If this is what you really want, the code is MIDNIGHT SUN”.  I don’t know if that idea was genius or silly but lots of people still remember the game if only for that feature.

The ground war can get quite monotonous in Conflict Europe, partly because the AI is so bad and partly because of the strengths of both sides were tweaked slightly from reality to provide more balance to the game. The main programmer, Alan Steele,  mentioned that when he used real numbers from his own research and pitted the computer AI against itself, the Warsaw Pact won an overwhelming victory every single time and NATO was forced to use nuclear weapons or lose West Germany.  The result of this tweaking is that the front lines tend to form up like a World War One battle and NATO and the Pact slog it out with little result.  Of course, the temptation to use nuclear or chemical weapons starts to grow for both sides.  Things can rapidly start to spin out of control as soon as the first missiles are launched. 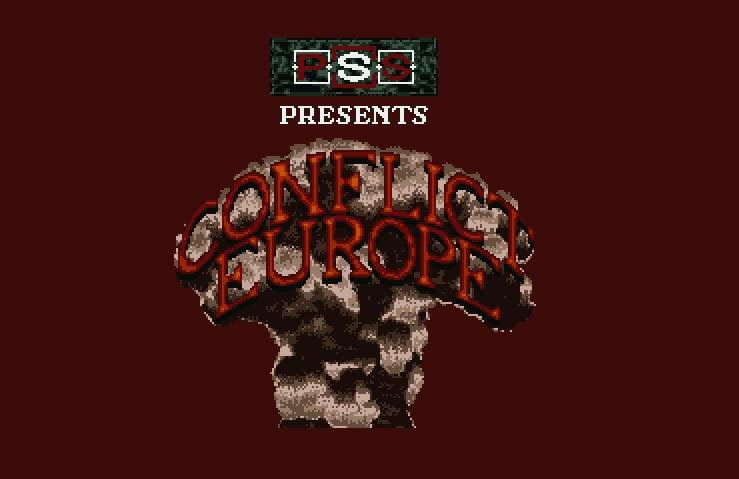 Much of the tension in the game comes from the fact that you can be sure that the use of nuclear or chemical weapons will provoke some kind of retaliation, but you’re never sure what that might be.  In two games, I opened up my first turn with chemical weapons strikes on Warsaw Pact command HQs and in one game, the Pact commander fired back with 8 intermediate nuclear weapons at my chemical launch sites while in the next game, the response was the launch of a single Soviet battlefield nuclear weapon that obliterated the entire US V Corps.  Each use of nuclear or chemical weapons brings both sides closer to an all-out strategic nuclear war, which ends the game immediately and provides some horrifying statistics of casualties and predictions for human survival.  This was very sobering stuff for the 1980s and it’s clear that the game partly grew out of the designer’s concerns at the time.  This is very much one of those games that can be appreciated as a tiny piece of its overall historical context in the late Cold War era.  I think it’s this nostalgic aspect – much more than the actual gameplay – that brings me back to it from time to time.

Conflict Europe does a really nice job of immersing players in their role as a NATO or Warsaw Pact commander.  Reports from other fronts flood in to your terminal (and I remember that you could get them to actually print out on your home printer too – though I doubt anyone had the patience for it), providing you with updates about the general progress of the war in the Atlantic and in Scandinavia.  The darkened bunker is illuminated by a main screen, depicted in a similar fashion as the movie “Wargames”. People on your staff occasionally get up, walk across the room and drop off a file somewhere.  Reports about civilian casualties and radiation levels are available at two terminals to your left.  It all works together in its own way to add a real atmosphere to the game.

As a teenager in 1989, playing this game was a watershed for me.  My interest in the Cold War grew as a result and I watched closely as the Berlin Wall fell later that year and communism quickly crumbled throughout eastern Europe.  I think anyone who played Conflict Europe around that time recalled the game as events unfolded around us and felt relieved that the game would not become a reality. I’m certain that this game is also partly responsible for my current fixation on the modern era of wargaming in particular.