A little while back, I wrote an article about my own Lock ‘n Load tactics and how they had changed over time, especially in terms of how to use specific kinds of units for attack and maneuver.  Today, I’d like to broaden out into the conceptual and just talk about the way I try to approach each game in order to get the most tactical bang for my buck.

Generally speaking, I try to set up and use my forces in a way that creates dilemmas for my opponent.  When I use the word “dilemma”, I’m referring to a situation that presents the opponent with lose-lose choices.  Note that this is much different that the word “problem”, which refers to a bad situation that can be resolved with a definite solution.  Good players are good at creating problems but great players are able to create dilemmas.  For more information about how these two terms are used and thought of by military planners, check out pages 1-22  and 1-23 of US Army Field Manual 3-21.8 right here.

In game terms, you can create dilemmas in a number of ways.  One of them is to setup your units in a way that forces your opponent to make tough decisions.  I’ll use Heroes of the Gap’s scenario “Air Assault” as an example:

In this scenario, the Americans get a handful of guys at the start of the game that can be plunked down anywhere in the city buildings of Eisenbach.  The Soviets come in on turn 1 with overwhelming force (6 Spetsnaz squads and two army squads with a Hind, four Mi-8 Hips and Soviet air support to boot) in an attempt to take and hold three key buildings for the win.  On turn 4, the American player gets reinforcements in the form of several squads, an M-113 and an M-1 tank. 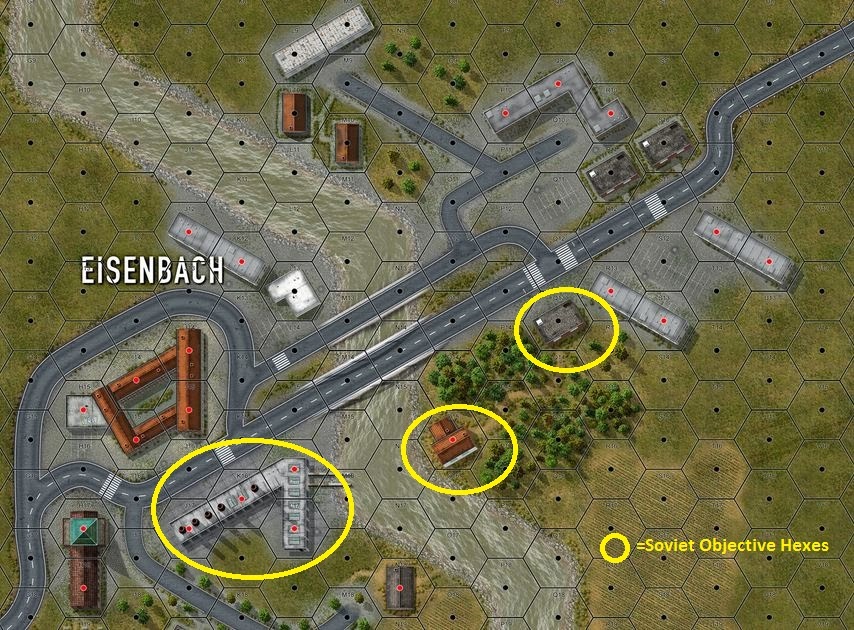 The big issue here is that the American units at setup are vastly outmatched.  They even need to make a morale check to fire or move on the first turn.  So how can the American player make the best of this very bad situation?

As the defender in this scenario, it’s probably much better instead to place your units as far away as possible from the objectives.  This gives your opponent a dilemma.  He can either 1.) go for the objectives and leave your guys untouched or 2.) he can try to take out your units before getting to the objectives.

If your opponent takes the first option, this leaves his units open to immediate counterattack from your units in the subsequent turns.  The second option will require him to spend his time and resources away from the objective and leaves part of his forces out of position when your reinforcements arrive on turn 4.  Neither of these is good for your opponent so it’s a perfect example of creating a dilemma rather than a problem.

This is just one example of “dilemma” thinking that can help improve a beginner’s game.

You can also create dilemmas for your opponents by using combined arms.  Effective use of artillery, for example, can be particularly effective at giving your opponent tough choices – especially when combined with infantry or vehicles.  Artillery can be used to try and funnel your opponent into kill zones. 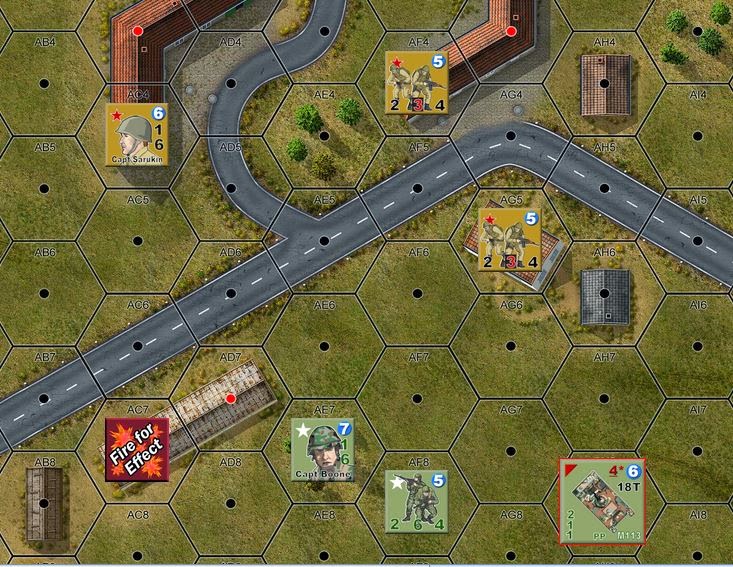 In the example above, the Soviet defender has called in artillery on AC7, presenting a dilemma for the American attacker.  If he moves his infantry into the adjacent buildings for cover, he will get hit.  If he moves out into the open ground beyond, he will get hit.  If he sits and does nothing, he will probably get hit or, at the very least, waste the turn.  There is absolutely no good choice here for him and one could argue that this might actually be a more effective use of artillery than simply calling it down into AE7 where the US units may or may not survive their defensive rolls.  Often the threat of getting hit by artillery is a more effective tool than actually hitting the enemy directly with it because of its ability to create dilemmas for your opponent.

Good luck and remember:  always think of ways to create dilemmas instead of just problems!