Lock ‘n Load is easily one of my favorite game systems and I find it just gets better the more I try out and learn different tactics. Lately, I’ve been going back and replaying scenarios that I haven’t touched for a long time and I’ve noticed that things were much more fun this time around.  I think part of this was due to knowing the rules a bit better but I think another reason is that my tactics have changed and improved a little bit over time.

Generally speaking, the decisions have become a lot more interesting and the outcomes are a lot less one sided than they used to be.  This is an article about how my tactics in LnL have changed over time and where I’m at now with my game.  Of course, tactics are going to vary widely based on the type of scenario objectives, terrain, and enemy considerations but I think every player has a few general principals that they try to follow in order to get the win. 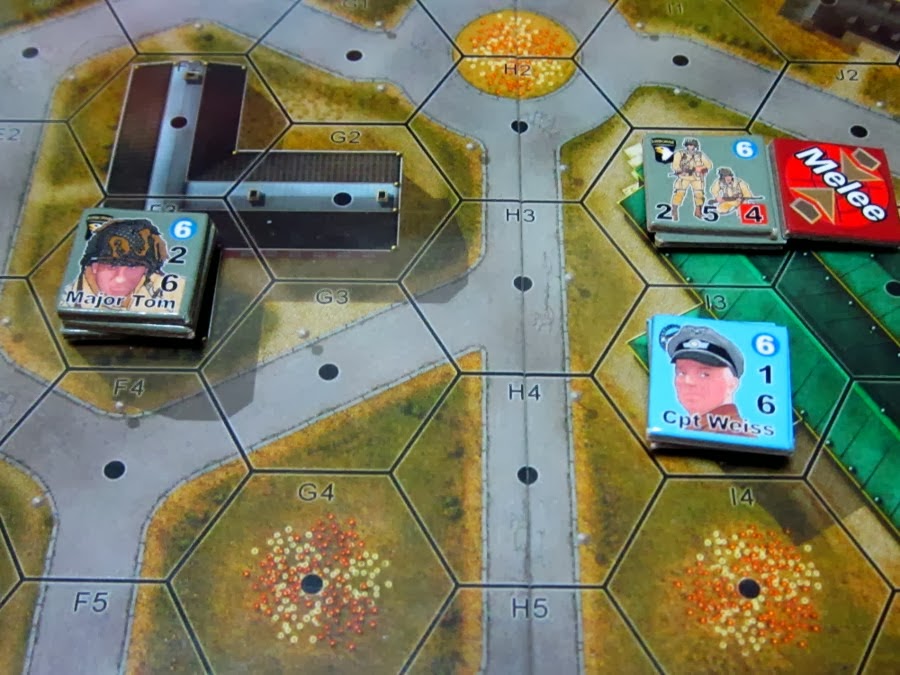 1.  Infantry Tactics on the Offense

When I first started playing Lock ‘n Load, I relied heavily on using ranged firepower to shake up and hopefully inflict casualties on nearby enemies. The problem with this is that it just doesn’t work very well and it takes a lot of time.  I would spend several consecutive turns with the bulk of my guys sitting around waiting for a leader to make a successful spotting roll and then fire away at the enemy from a distance.  Like most LnL players, I discovered fairly quickly that this kind of tactic is really not the most effective way to fight and win.

So now I focus mainly on thinking about ways to get my guys into favorable melee situations against the enemy.  This kind of “melee focus” is much more effective in terms of eliminating enemy units in a hurry.  The trick, of course, is to have enough units to soak up enemy defensive fire before proceeding with the melee assault.

Generally speaking, I usually divide up my units into three elements.  I have a base of fire with a leader and a squad with a long range weapon, one squad for reconnaissance, and an assault group consisting of squads with high firepower (usually two squads with a support weapon of some kind).  The recon squad will be sent out to approach the enemy and draw its fire, after which I’ll use the base of fire to shoot at the enemy and hope for a shaken result before sending in the main assault squads to move in and melee the enemy. These concepts can basically  be thought of as the old military addage “Find, Fix, Finish”.

In melee, I will try to assault unshaken enemies at 3-1 odds, which seems to be the safest way to ensure a win without losing my own guys in the process. 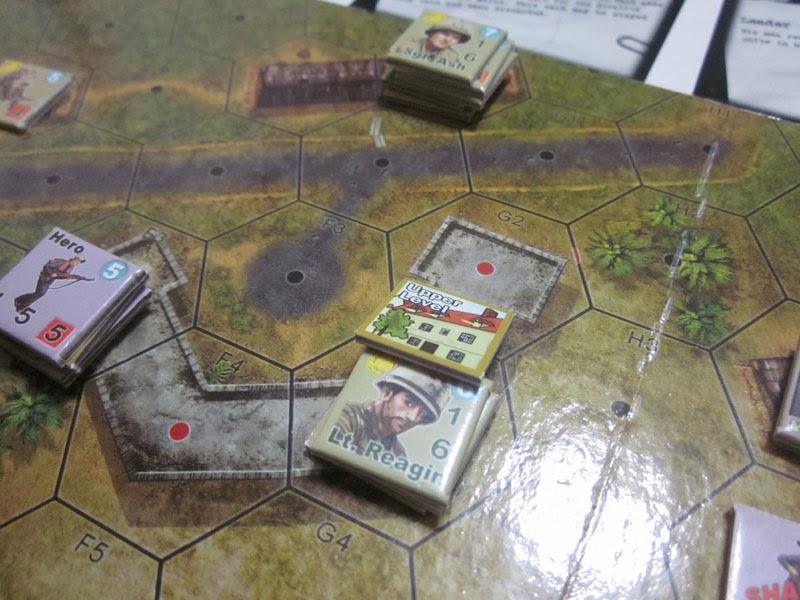 I notice that I use leaders slightly differently now.  Instead of viewing them merely as a way to increase firepower, I see their most powerful ability is to rally units.  If kept in terrain with a defensive bonus, a leader will be able to rally at least one or two units in its hex per turn (on average).  Lots of players seem to forget that leaders can reconstitute two half-strength MMCs into a full-strength squad.  That’s too bad because that’s an extremely powerful ability.

I always try to have a leader to sit slightly back from the action in order to give my shaken squads somewhere to crawl back to after a failed assault.  This helps to keep recycling my guys towards the front. I think the trick here is try to place my leaders close enough to the action but far enough away that they’re not in any immediate danger from a sudden shaken result and a follow-up enemy melee assault.  I have noticed after observing my own games that the side that usually wins is the one that knows where to effectively place their leaders on the map and when to move them.  I rarely, if ever, throw a leader into melee now.  I find the benefits are too few for the risks that are ventured. 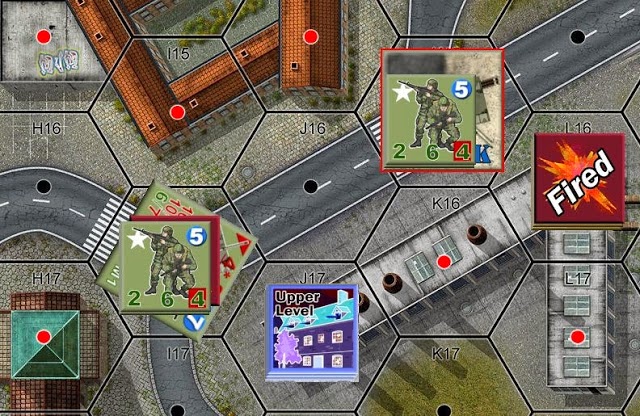 I used to primarily think of vehicles as good for one thing – blowing up lots of stuff.  Lately, one of the best things I’ve noticed about vehicles is that they can be used as a sort of mobile cover for my troops.  If I need to cross an open area that’s in the enemy’s line of fire, I will usually get my tanks in front of my guys and then slowly advance my men in coordination with the vehicle.  The vehicle will serve as degrading terrain if the enemy tries to fire past it at my advancing squads.  It also offers +2 defensive terrain bonus to units that are in the same hex and there’s no additional cost to enter a vehicle terrain hex. 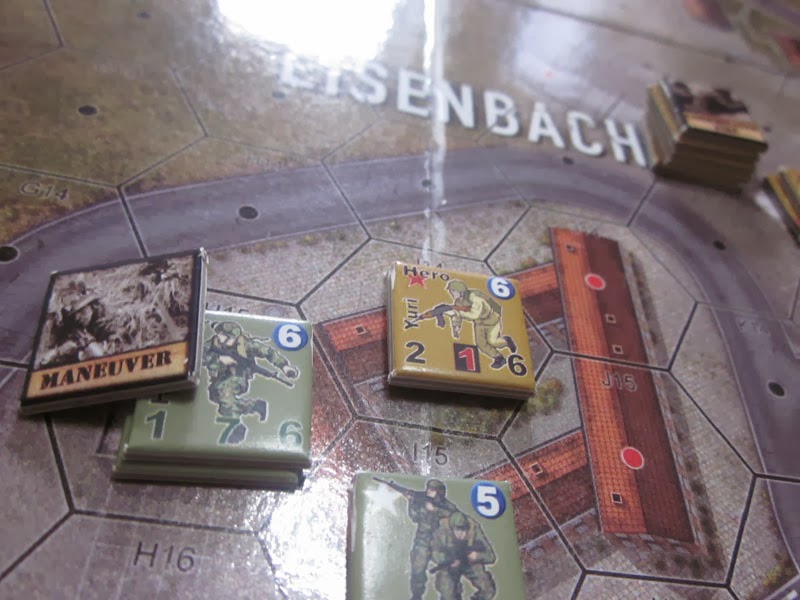 I used to try and have my guys shoot at everything that moved on the board but now I’ve noticed that there are times when I have to ignore the enemy in one area for a short time while I deal with a threat in another place.  That may mean letting the enemy move through an open area and missing out on a perfect chance to seriously mess up his squad with opportunity fire in exchange for holding fire for a chance later on to shoot at another squad sitting in tough defensive terrain.  Of course, priorities will be determined primarily by victory conditions rather than just killing the enemy so it’s always best to keep this in mind and focus in on achieving these goals.  I notice that when I do this, I control the battlefield situation instead of my opponent.