For three months, we had been going back and forth with the bugs on Planet H, a tiny cursed little ball that meandered around a sun several light years from where the main fighting took place.  For the folks back home, the fighting here popped up on their screens for ten seconds on a slow news day but for us, it was everything.  The death of a comrade, the misery of defeat, the elation of victory – events that we would never forget for the rest of our lives barely registered a blip in the collective consciousness of the civilized galaxy and news organs back home.  None of that mattered to us.  Despite being dumped on a backwater planet and forgotten by everyone, we were still Manni’s Marauders and we thought of ourselves as one of the toughest fighting units in the Terran Federation.  We were also the most outnumbered.

Without a single resupply ship to be seen or heard from in the last eight weeks, we were in bad shape.  Half of the platoon had been either wounded or killed since the fighting began and Fleet was finally sending in vital reinforcements and resupply.  In the last two weeks, our half-platoon had been covering a sector that most military textbooks would have considered impossible for a battalion to adequately hold and secure.  As we marched north to the drop site for our relief supplies and additional men, no one had any idea just how badly things would go.

Our three squads advanced towards the site with Rossi, the platoon sergeant, ordering us on the all- hands set to keep together in tight formations.  Our suits allowed us to cover the distances pretty quickly and although we were worried about running into trouble, we weren’t completely defenceless.  Our  leaders (the platoon sergeant, platoon leader, and the section leader) along with one man in each squad had HE launchers.  If things got really hairy, one of the scouts had a nuclear rocket launcher with him.  After three months, I still hadn’t seen the thing in real action although I knew everyone was curious about it. 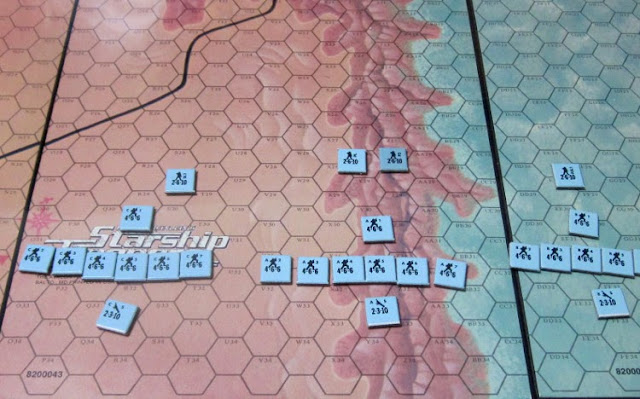 Squad A advanced straight up the middle while C took the left flank and I was on the right with squad B.  The scouts jumped ahead in their lighter but more mobile armor to check things out.  No one was really expecting anything bad to happen but we were extra careful just the same.  Moralez, the platoon leader (everyone called him Manni out of affection – he was just a really charismatic guy), called a halt and told us to start forming a perimeter.  I think he suddenly started to sense that something was about to go wrong. 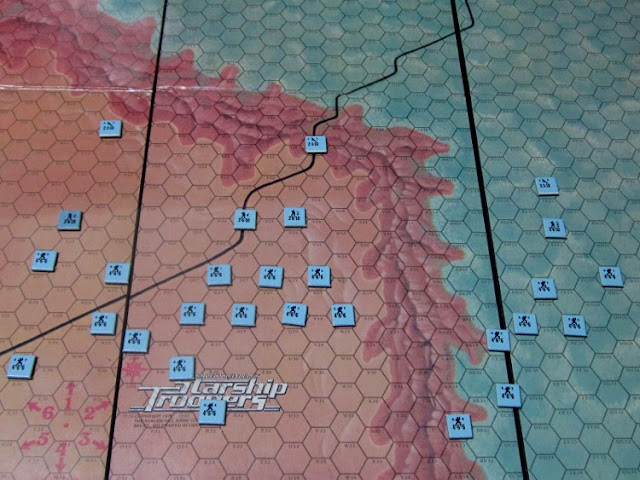 Our perimeters weren’t really what you would call perimeters in the nice circular military textbook sense.  We didn’t have enough men for that.  Instead, we had gotten used to forming protective triangles with the men more or less equally spaced out.  It wasn’t perfect but it had worked well for us before.  Anyways, A squad halted to form the bottom of the triangle while Manni, the Squad Leader (a quiet guy named Eckhart) and the rest of C squad went ahead on the left to form the left side and B started forming up on the right.  That’s when things went really wrong. 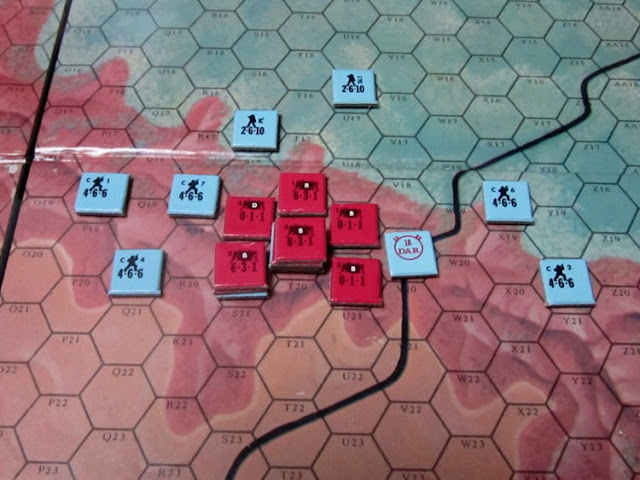 All I heard on the radio net were excited shouts about a breach.  Bugs came pouring out of the ground right near where Peters was standing and all anyone could see was a bunch of legs slashing at his suit before he went down.  I could hear the platoon sergeant telling his men not to fire at the bugs yet and then the ground started to give way beneath my feet. 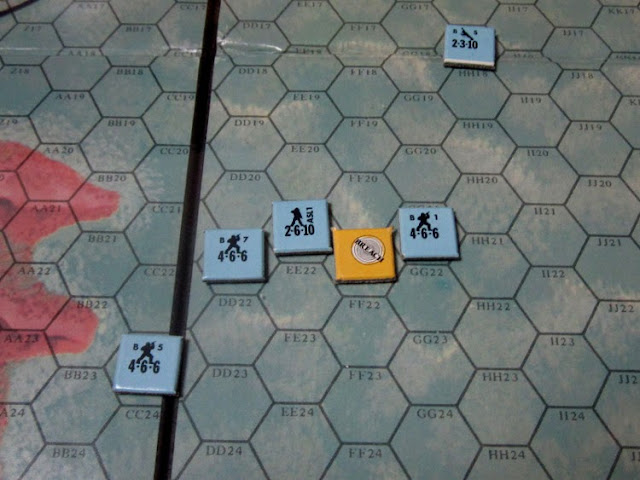 About a second later, the earth opened up just north of me and the rest of B squad and a heavy weapons bugs’ beam weapon sliced almost clean through Mayer, one of my good friends from my boot camp days at Camp Currie. Two bugs jumped on Ricci, the Assistant Squad Leader, only about 10 meters away from me but he fought them off hand-to-hand before going down in a mass of bugs.  No one ever saw him again. 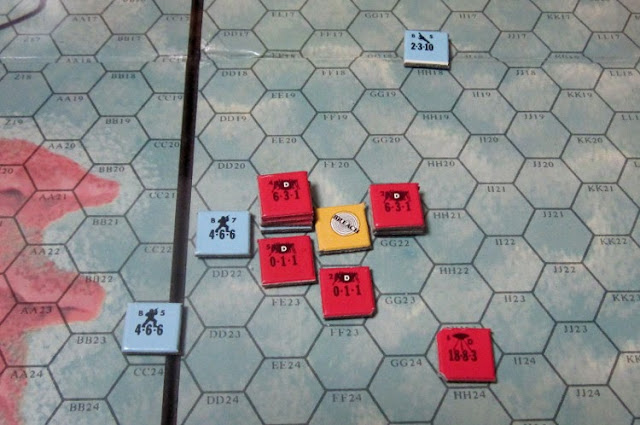 Things were not going well.  Almost everyone was dealing with the bugs at their own position.  No one seemed to know who needed more help.  I could hear cursing and screaming coming from all over the platoon’s net.  With the nearest squad having their own troubles west of us on the ridge, I realized that we were basically on our own down here for now. 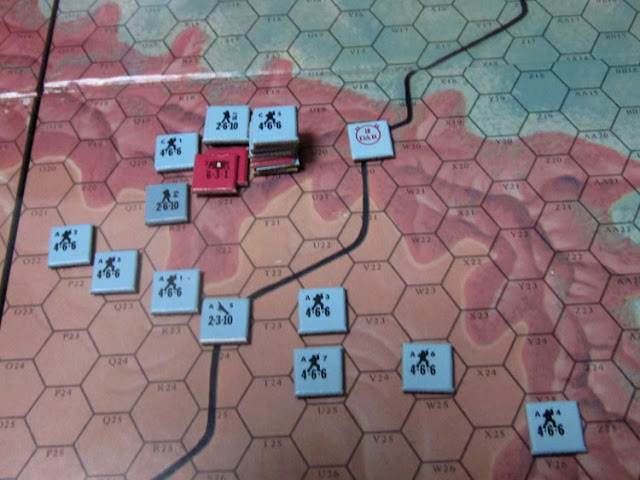 As it was told to me later, the fighting up on the ridge was intense and very personal.  Tight rock formations made it hard for anyone to get line of sight on the bugs at a distance so the HE launchers were virtually useless unless you got in almost point blank and shot the bugs right in their faces.  The first few kills on bugs by the platoon leader and platoon sergeant were celebrated loudly over the comms until someone figured out that they had only killed the workers, sent out as decoys.

“A” squad hurried to the rescue of “C” squad, jumping into hand-to-hand combat with the bugs.  Peterson got heavily wounded in the fight but it wasn’t nearly as bad as us down in B squad.  I think it all started with Ricci, who managed to extract himself from hand-to-hand combat with the bugs.  He made a jump and fired his HE, killing both the bugs near the breach area and I guess that made the rest of us get a bit too cocky.  Gordon, Maples, Thomas, and Carter jumped into close combat with a bug and sliced it clean open (Intel figured out later that it had been a worker bug).  The heavy weapons bug saw all those guys close in together and started firing at the group.  Maples died almost right away while Gordon was heavily wounded.  Thomas tried to limp out and Carter might have made it if not for what happened next.

I glanced to my right and saw the earth collapse.  “BREACH!” was all I could scream before the bugs came right for me.  Out of the corner of my eye, I saw another heavy weapons bug charge to the right and start firing.  Gordon tried to say something over the comms but that was cut short when the heavy weapons beam cut straight through him.  Carter tried to stand up to run and the blast caught him too.  All those guys who got hit with the first heavy weapons bug were getting the same all over again.

I considered jumping into the fray but then I remembered about the nuke.  “Get over here and hit that breach!”I screamed into the net.  C squad’s scout jumped straight over at lighting speed from way on the ridge.  For a split second, I saw a flash and then my suit’s visors faded automatically to black to shade my eyes.  I could feel the shockwave hit my suit and it scrambled to compensate for the force of the blast.  A few seconds later, I could see a small mushroom cloud climb slowly up from one of the breaches.  The mass of bugs I had seen emerge from the hole just moments ago were vaporized instantly or thrown onto their backs.  Still, some of them looked completely unaffected.  These things were tough.  One of the bugs from the blast area tried to rush at me but suddenly collapsed and died from the radiation. 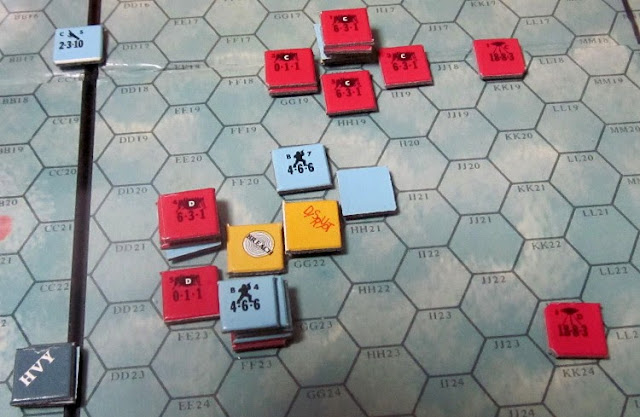 Back up on the ridge, C and A squad, working together, were finally able to get a grip on the situation.  Every single available trooper used their jets to land near the bugs and take them out hand-to-hand.  It was the only thing they could have done since the HE launchers were totally ineffective up there. I hoped and prayed that they would find their way over to help us before we were all dead. 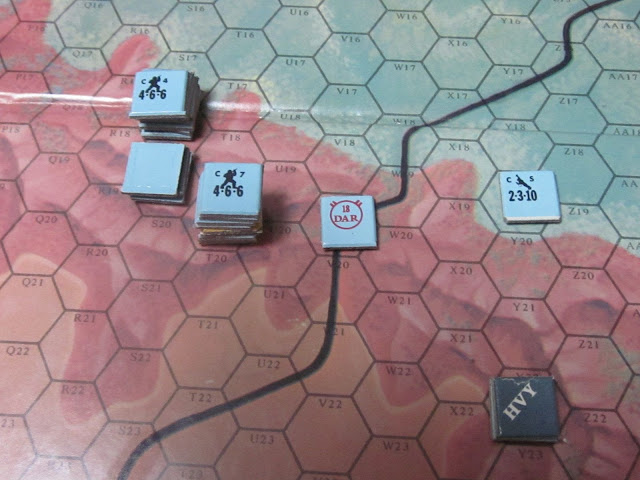 Moralez came on the all-hands net shouting, “B squad, move back to the ridge, damn you!” and that was all it took for me to fall back.   It made sudden sense to me.  The heavies couldn’t hit us from range up there and enough of the workers had been killed that the warriors had no more decoys to flood us in an advance.  Gordon, who I thought was a goner, had apparently only a very heavily damaged suit to show for all the beating he took.  Alone down there on the flatlands with all those bugs, we were sure he would be a goner (remember, this was before the bugs started taking humans as prisoners) but they left him alone and he made it to the ridge.  The bugs went back to their breaches right away, maybe sensing that their gamble up on the ridge with C squad had failed.  I don’t really know if that’s really the reason but I’ll take it, anyway. 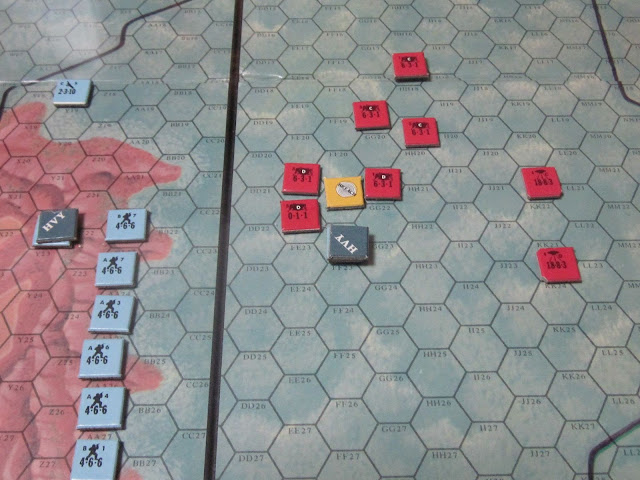 The bugs were gone…for now.  Manni’s Marauders lost some good men that day and I had lost some friends.

As we headed north off the ridge and towards the resupply drop zone, we silently considered our losses.  The comms were quiet and although I knew no one would ever admit it – some of us wept. The unfathomable suffering and dying of the past three months had come to a head.  Manni’s Marauders had passed the trials of the previous 12 weeks but for all of us, the war was just beginning.