As per tradition in my household, we opened one Christmas gift on Christmas Eve and I was very happy to unwrap a new copy of “Into the Breach”, an expansion for World at War module, “The Untold Stories”.  ITB has been out for a while now but that’s never stopped me from doing unboxings before.

The box cover is pretty cool and has some very nice artwork by Marc Von Martial.  Into The Breach basically includes lots of American units and the cover reflects that nicely enough as a pair of Abrams tanks creep through the dark woods.  This cover is a pretty substantial departure from the previous WaW module cover art.  The old use of white space and banners is gone, there are no photos on the front of the box, and the art appears hand drawn.  It’s a nice change of pace from the old covers and I like it. 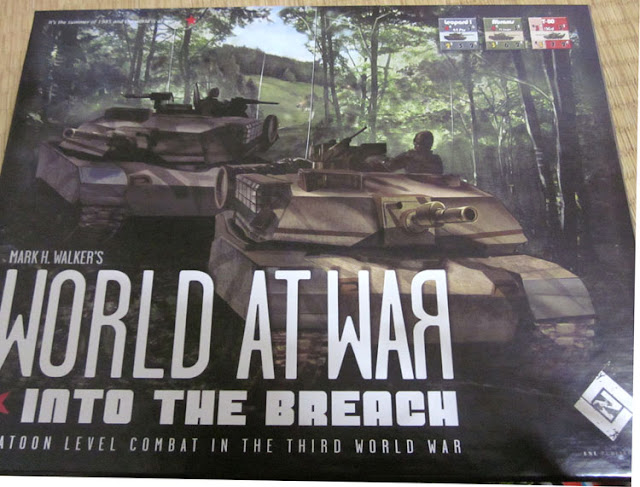 After opening it up, we find the counters.  There’s one sheet with 176 counters on it, depicting 2 German formations (41 Panzergrenadiers and the 44 Panzergrenadiers), along with several American formations.  There are Apaches, M1 tanks, Bradleys, mortar carriers, and even some old fragile Sheridan tanks with a very brittle 1-5 save roll for their armor.

On the Soviet side, we get lots and lots of tanks.  The 13th Guards Tank, 65th Tank, 143rd Tank, are all here with assortments of T-80, T-80BV, and T-64 tanks.  We’ve also got an impressive number of infantry courtesy of the 68th Motorized Rifle, which makes the old 33rd look tiny in comparison. 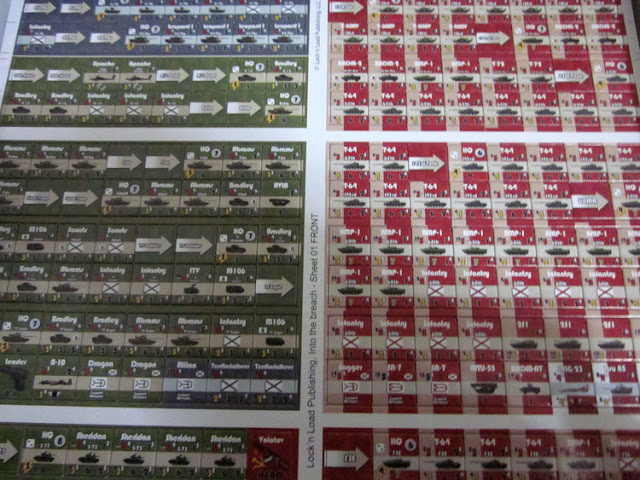 After that, we find 2 geomorphic mounted 11″ x 17″ maps, featuring the towns of Ono, Snyder, Metz, Schulte, and Lohse.  The map boards are a bit thicker than the “Untold Stories” maps, with a mixture of interesting terrain configurations.  The east side of map board F is a massive forest  while we get a nice combination of both large cities (Schulte and Lohse) and small towns (Metz) to fight over. 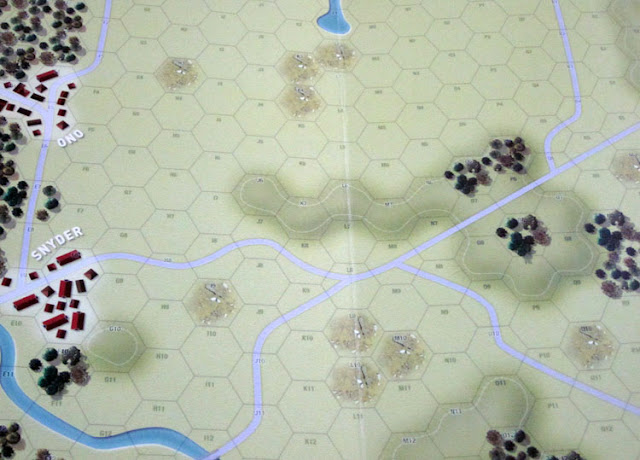 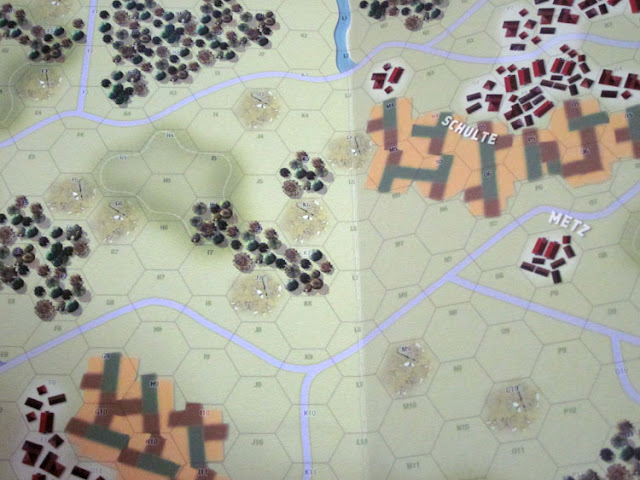 Under all that, there’s a player aid in full color with stats on moving fire and advanced imaging stats for all the various moving-fire capable vehicles in ITB and UTS, thankfully.  Of course, the battlefield chaos table from UTS is duplicated here as well as terrain, etc.  And finally, we get a scenario book with 12 scenarios designed by Matt Lohse, Jeff Schulte, and Ralph Ferrari.  These guys have written some of my favorite scenarios in the past, so I’m looking forward to trying these ones out. 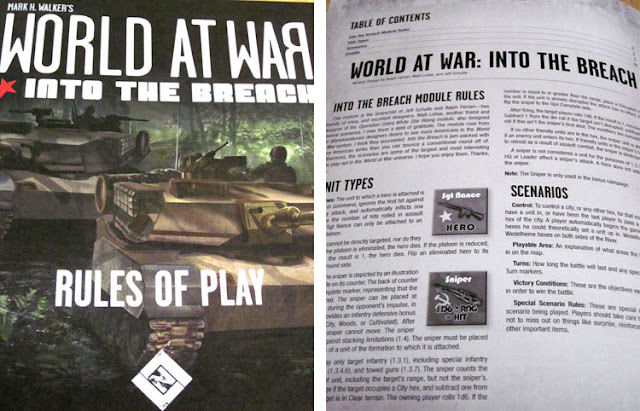 The book is pretty standard quality in terms of paper stock and although it’s not in color, it’s really not a big deal as the scenarios are the real stars here.  All of the scenario information is nicely printed and the layout is very good.  Overall, this looks like a very nice effort judging from the contents of the box and I’m looking forward to getting it on the table.
Finally, you’ll notice in the credits a little line that says “Initial War Concept:  General Sir John Hackett”.  Check out this interview with the general from about 30 years ago for some interesting insights into what exactly this line means in the context of World at War.  Pretty interesting!