Twenty years ago, GDW released “Phase Line Smash”, an in-depth solitaire treatment of the US VII Corps involvement in the Gulf War during the 100-hour ground invasion.  Frank Chadwick designed a game that lovingly attempted to model part of the ground invasion, including rules for fratricide, weather, a multitude of terrain, breaching operations, and close air support.  The basic rulebook tops out at 53 pages. 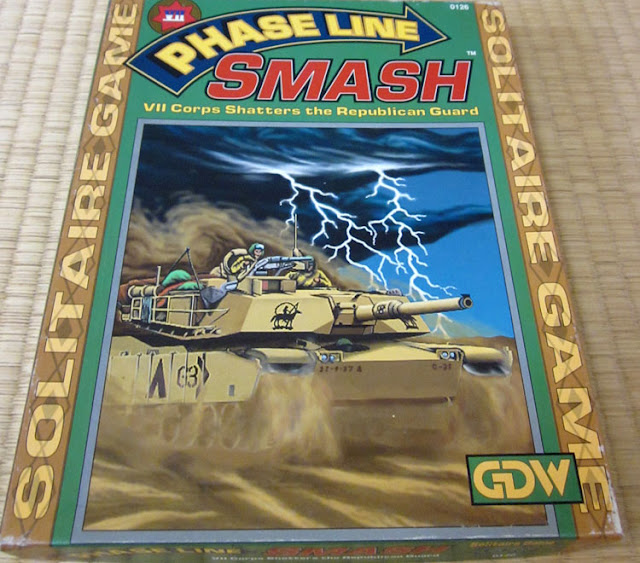 David C. Nilsen argues in his detailed historical notes (which are actually more of a book) that the quick and largely painless victory in the desert of February 1991 was far from a foregone conclusion and that only painstaking planning helped to bring the superior technology and training of the Coalition forces to bear in a way that maximized their efficiency in battle and exploited the weaknesses of the Iraqi troops and equipment.  Phase Line Smash invites the solitaire player to take control of the VII Corps (along with the 1st UK Armored Division) and attempt to achieve a similar degree of success in its mission of destroying the Iraqi Republican Guard. 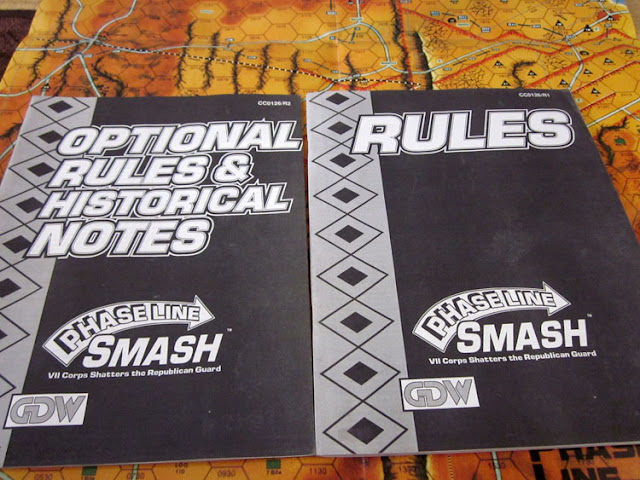 The game also features elements of XVIII Corps, whose job it was to enter Kuwait and liberate it.  Arab allies such as Egypt, Saudi Arabia, Syria, etc., are included in the game but are not under player control.  As a result, if the Arabs allies run into trouble, the VII may find itself running to their rescue to the east or encountering an unexpected amount of resistance as it pushes up into Iraq and brushes against the border with Kuwait.  Advanced rules cover theater airstrikes, chemical weapons, and various historical options (an early invasion or the use of M901 TOW vehicles, which were historically left behind in Europe when VII Corps redeployed to Kuwait during Desert Shield).

The components of the game are pretty impressive for a game that was released two decades ago.  A lot of the elements of Phase Line Smash show a great deal of resources went into making a high quality product.  The map covers the VII Corps area of operations, just to the west of the Kuwait-Iraqi border and north up to the Ar Rumaylah and Basra. It’s colorful with clearly delineated terrain and easy-to-see markings. 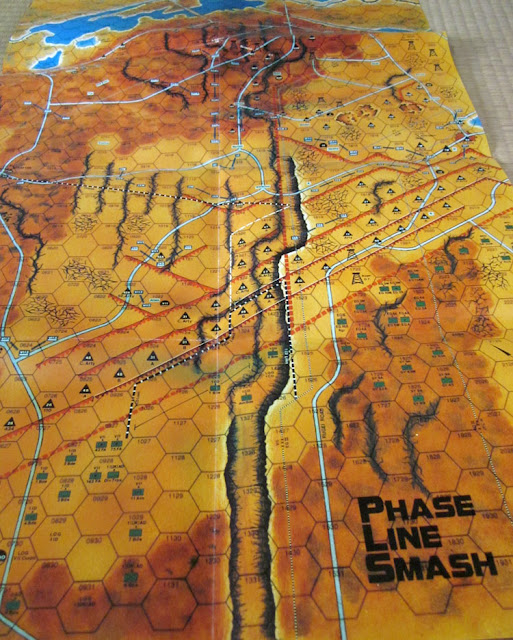 A rules summary with reference charts is included along with a sheet for holding individual counters should the hexes on the map get too crowded. 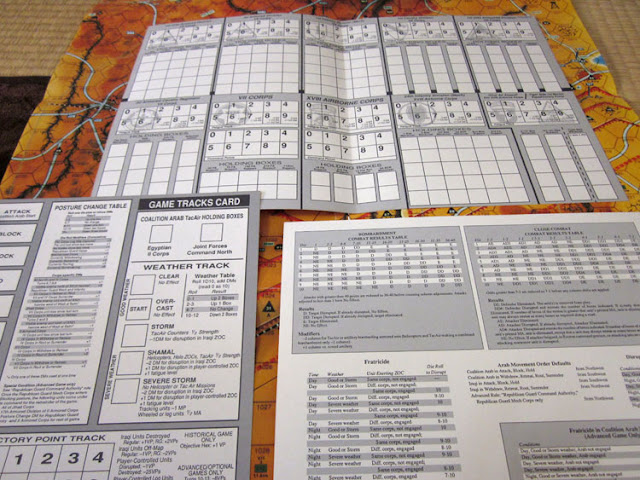 Again, for 1992, this is quite lovely stuff. The counters are full color, attractively illustrated, and easy to read.  All units on the Coalition side are represented with as much historical accuracy as possible.  Chadwick remarked about how difficult it was to identify where certain units of the Iraqi army were positioned and had to take the occasional educated guess when designing the game.  In order to save time in the planning stages, the Coalition military planners had to order their intel people to stop focusing on ID’ing Iraqi units and determine instead the size and capability of the enemy units.  As a result, the reference material which Chadwick used was inevitably short on some details of the Iraqi forces but with the amount of care he put into the game and the research involved, I can’t imagine that he was too far off from the reality. 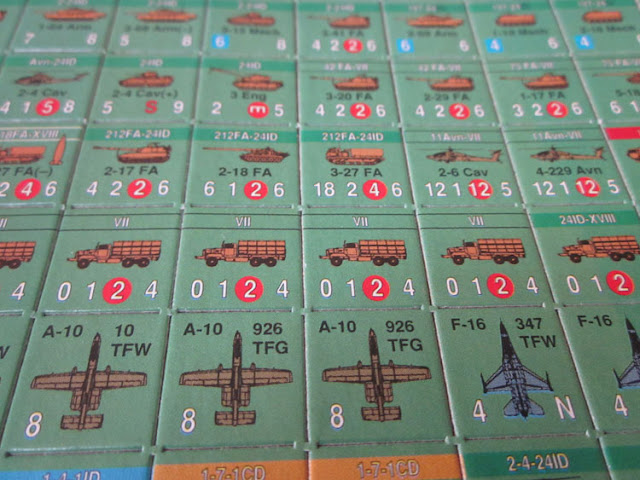 I’ll be playing Phase Line Smash in the near future after grappling with its ruleset a bit more. The work demanded of the PLS player is no small amount and the rulebook warns that players should approach the game as one who attempts to learn a difficult musical piece, playing it over again and again until one gets it right.  I’m not sure I have that kind of patience, especially with so many other games on the shelf.  However, the sheer amount of impressive hard work that went into Phase Line Smash beckons me to at least give it a shot.