The latest issue of Line of Fire landed in my mailbox yesterday so I thought I would open it up and check out what this thing looks like in its paper form.

First off, the issue arrived in Japan without a bend, fold or scratch.  I have the plastic baggie that the magazine comes in to thank for that. 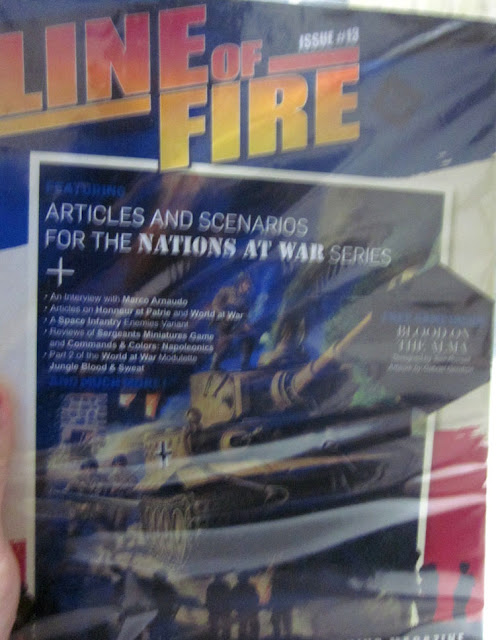 Taking it out of the bag, it looks like a big departure from previous LoF issues.  For one, this thing has a nice thermal bind.  This is quite a step up from previous issues with staple binding.  The thicker cover is also extremely colorful and adds to the nice overall quality of this magazine. 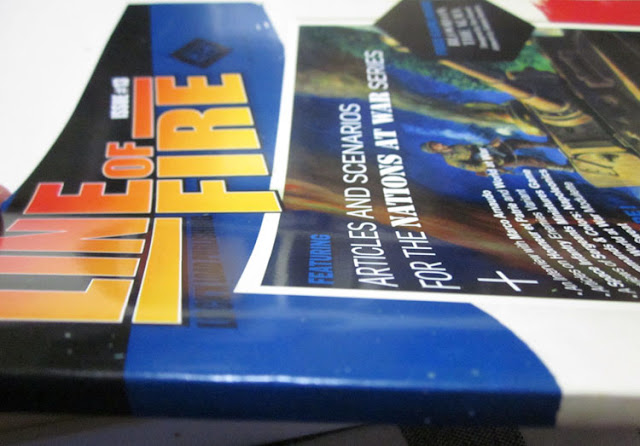 The inside of the magazine still has the same good stuff you’ve come to expect from LnLP.  Plenty of reviews, scenarios, previews of upcoming games, etc. 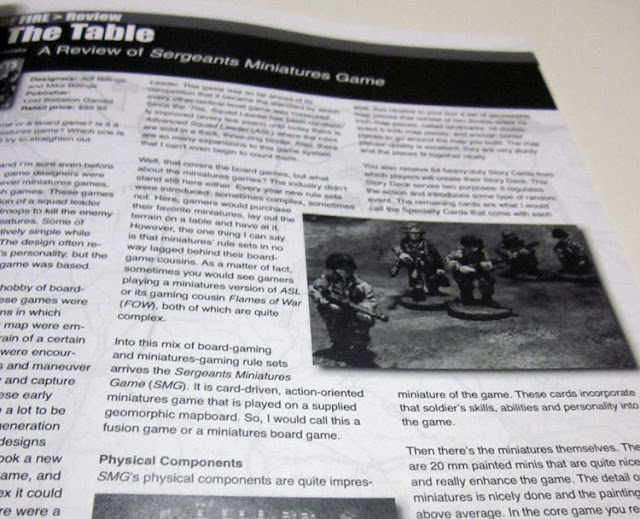 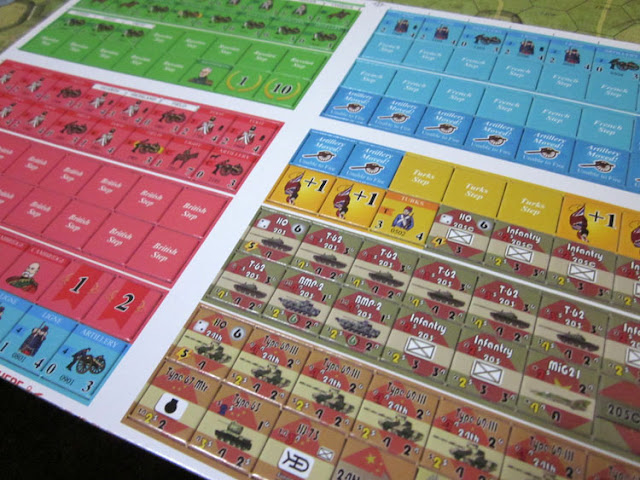 The quality of the Blood on the Alma counters is terrific.  Here are some British counters below with the blood-red background.  They are easy to read and have nicely done illustrations on them.  Gabriel Gendron designed the counters and the map, which are top notch.

Here we have the Blood on the Alma map almost set up and ready to play.  It looks wonderful on the table. 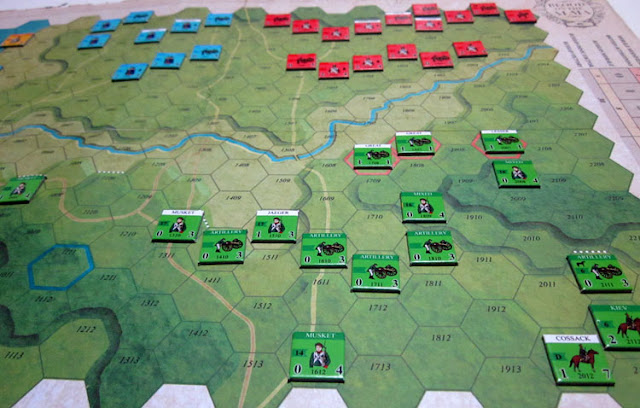 The French advance on a Russian force high atop the hills.  All hope seems lost for the defenders!! 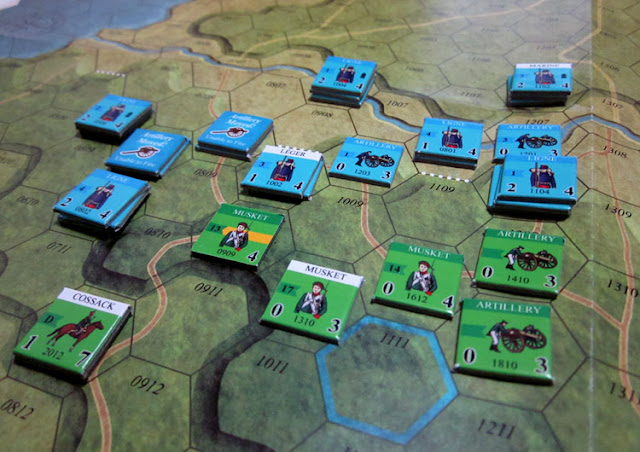 After a couple of plays, I almost have the rules down for Blood on the Alma, which is an interesting game that combines elements of ZOC and chit pull mechanics that sustain a good deal of tension for both sides.  I hope to write up a report on it all later when I’m sure I have the rules down correctly.
Overall, it appears this issue of Line of Fire is excellent and the whole magazine seems to get better and better after every issue.  Clocking in at 63 pages, LoF 13 is crammed full of stuff that any LnL player is going to enjoy and Blood on the Alma alone basically makes the purchase price worth it.  Well done!