I’ve long been a fan of LnL Publishing’s “Line of Fire” magazine.  The writing is crisp and the content is always a grab bag of fun.  In the words of a fabled Vietnam veteran, “You never know what you’re gonna get.”  Another great thing about LoF is that you always find new scenarios in there that breathe new life into any LnLP products you’ve bought so it’s nice to see the company supporting its published products.

Line of Fire 13 is at the printers as of this writing and, in my opinion, it’s probably the best one yet.  Here’s why:

Blood on the Alma is a complete new game that depicts division-level combat between the Russians the Allies near the River Alma in 1854 during the Crimean War.  It’s a refreshing take on the ZOC wargame combined with chit pull.  Historical events and situations are taken into account, such as the Minié rifle and its extended range, the training and discipline of the Jaeger division and the various effects of certain commanders (both good and bad) on the course of the battle.  The maps look beautiful as well as the counters.

Check out Kev Sharp’s video and you’ll get an idea of just how much thought and effort has been put into this game by designer Tom Russell, artist Gabriel Gendron, and editor Jeff Lewis.

Although I haven’t played it yet, the rules seem quite intuitive and I’m sure it will be quite refreshing to take a break from modern warfare and try something as unique and historical as this game.  From my own guess, it would seem that BotA alone is worth the price of the magazine.  I really hope that LnL continues this trend of providing full games in LoF.  The previous issue featured a complete game called Raid & Riposte based on the Soviet defense of Tannenhause in the World at War series, which was amazing.

There are 20 pages of 13 new scenarios in this issue of Line of Fire, an impressive number to be sure.  Almost as impressive as the number of scenarios is the breadth of them.  In this issue, we have new scenarios for 3 systems, including LnLP’s World War II platoon-level combat game, Nations at War, the Lock ‘n Load series of tactical squad combat, and the World War III platoon-level game series, World at War.

Nations at War fans get some shiny new scenarios in the form of “Come as You Are”, a scenario based on the 82nd Airborne’s attempt to capture a bridge in Nijmegen during Operation Market Garden.  The Germans get a hastily assembled group of tanks and men to stop the Americans.  Rolling for American and German reinforcements keeps the tension high throughout the scenario’s 12 turns.

Many of the new Nations at War scenarios use the counters and maps from Operation Cobra, the recently released expansion for White Star Rising.  If you were lucky enough to get a copy of Operation Cobra before it sold out in record time earlier this year (don’t worry, it’s back in stock and shipping along with a downloadable print ‘n play version) then you’ll be happy to know that this issue of LoF has plenty in store for you.  “Grossbeek Heights” is a follow up to “Come as You Are” and features another battle between the Germans and the 82nd Airborne during Market Garden.

“Operation Goodwood Day 1” and the follow-up scenario “Operation Goodwood Day 2” feature a British attempt to break out from Normandy just after the D-Day landings.   I should mention that these three scenarios were all designed by Matt Lohse, who created many of the great scenarios from the original White Star Rising among many other games so you can expect first-rate stuff.

After that, we have the Lock ‘n Load series of scenarios.  The first one up is a scenario I designed for the Heroes of the Gap game, which uses three maps from “Band of Heroes”.   This scenario, called “Goin’ Under”, is a bridge crossing by the Soviets and the Americans get a handful of squads as well as an impressive amount of C4 explosives to try and stop them (I know what you’re thinking – if they had all that C4, why didn’t they just blow the bridge?  Well, because that would be boring to play).

I should note that although this scenario has my name on it, I had a lot of help from suggestions by Kev Sharp, who graciously playtested it with me.  I agonized over this scenario for a long time and now that it’s out there, I hope people enjoy it.  If you have any feedback or comments, please feel free to leave them here.

“Hot in the City” is another Heroes of the Gap scenario but this one uses the map from “A Day of Heroes”.  It’s a battle between the Americans and the Soviets in El Adem, Libya 1985.  There’s a neat surprise in the scenario, which I won’t give away, but it’s guaranteed to sweep you away!  It’s from Mark Mitchell so it’s no surprise that it’s excellent stuff.

The last two scenarios for Lock ‘n Load are from Jeff Lewis.  “Deft Leopards” and “Appelation Brag Contrôlée” (you’ve got to appreciate the guy’s wit) both feature units from the Heroes of the Gap expansion, Honneur et Patrie.  “Deft Leopards” has the Belgians and French teaming up to beat some pretty serious Soviet armor, not the least of which includes a pair of T-80s.  “Appelation Brag Contrôlée”” is a more intimate scenario with a small order of battle but with a compelling personal storyline set in Forbach, France as the Soviets push through Western Europe in 1985. 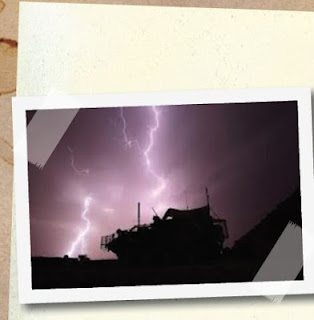 The good ole World at War series gets some nice scenarios and some lesser-known expansions get a work-out here as Arrigo Velicogna’s “Lancers to the Front!” features a battle between the Soviet 93rd Recon and the British Lancers on the Bitterfeld map from the downloadable expansion, Battles within Battles.  Matt Curtis also breathes some new life into the Operation Garbo maps and units with his depiction of a real corker between the Soviet 63rd Guards and the Swedish Mechanized Brigade in a scenario called  “Nynäshamn”.

Rounding out the scenarios is Part 2 of Arrigo Velicogna’s World at War modulette based on a Chinese invasion of Vietnam during the summer of ’85 set in the World at War universe.  Anyone who has enjoyed his previous work will surely do the same with the new material he’s provided here.

This issue of LoF has some interesting articles.  Sean Druelinger kicks things off with a preview of “Stalin’s Triumph”, the upcoming P500 expansion to the Nations at War series.  As an aside, I thought Sean’s scenario “NAN-White” from LoF 10 was terrific and I’m looking forward to seeing his future work. Matt Lohse chimes in with some thoughts about the future of the Nations at War series and it all sounds very cool.  Jeff Lewis rounds this out with lots of very thoughtful advice on tactics for NaW players.

Marco Anaudo, who has acheived a sort of fame through his prolific number of quality game reviews over the recent years, gets interviewed by Jeff Lewis.  Several great articles on the French in “Honneur et Patrie” were included in this issue.  Kev Sharp and I wrote a battle report of “Down Time” from Heroes of the Gap, which is included in this issue.  All I can say is that if you think you’re a bad player, you’ll feel much better after reading about my tactics.

Finally, there are several great reviews of various games, some of which are decidedly outside of the standard wargame genre, but provide an interesting look at what’s happening out in the hobby.  I know previous reviews in other issues have driven me to purchase games that I otherwise would not have bought.

In terms of wargames, however, Lt. Col. Robert G. Smith reviews Commands & Colors: Napoleonics.  Lt. Col. Smith always writes thoughtful reviews and this one is no exception.  Finally, Richard Mataka looks at Sergeants Miniatures Game, which I’ve been curious about since it was published.  It looks fun and I have to admit that I’ll always have a soft spot for minis in my heart even though I have no room for them in my apartment.

Well, I hope that gives you a better idea of what to expect in this Line of Fire issue.  Of course, there’s plenty more and I’ve just scratched the surface of what’s in there.  I’ll be playing through some of the scenarios in the near future and uploading reports right here.  Thanks always for reading.  Kudos to Jeff Lewis, who always does a great job editing and sewing together all the pieces to make the magazine come to life, not to mention the patience he has for contributors like myself who don’t always get it right the first (or second or third) time around.