In the last couple of posts, I set up a scenario featuring a Soviet and Chinese squad going toe-to-toe on either side of a river.  Just to see what vehicles can do in the game, I threw in a Chinese APC for fun.  Here’s the rest of the write-up:

In the first Chinese impulse, the K63 machine gunner tries to fire and ends up with a machine gun jam. 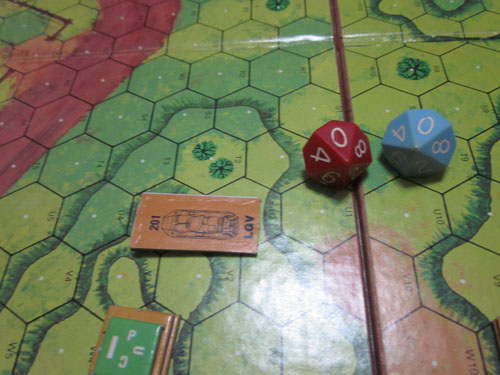 Pvt Cherkesov (18) finds cover near the fallen trees that were hit by Chinese artillery earlier. 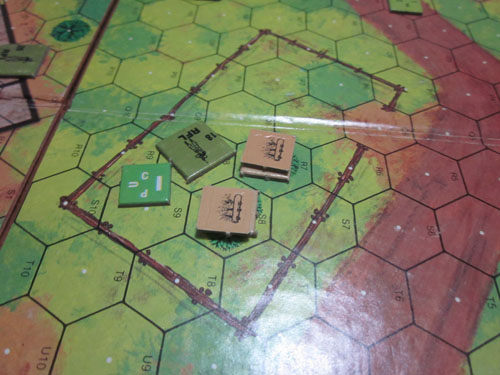 The Soviet machinegunner (5) fires at the Chinese laying prone on the hill across the river and kills one of them. 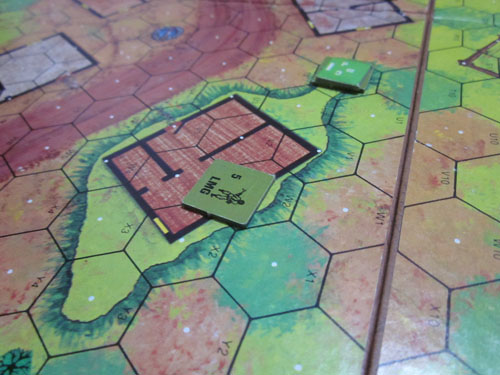 Several of the Chinese are suppressed. 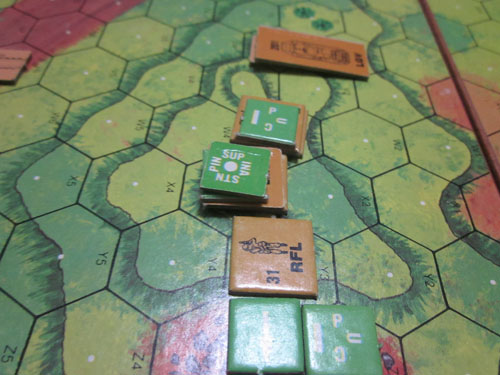 Pvt. Cherkesov (18) climbs down the river bank, wades through the shallow river, and back up the opposite bank.   This actually took several turns due to the height of the bank. 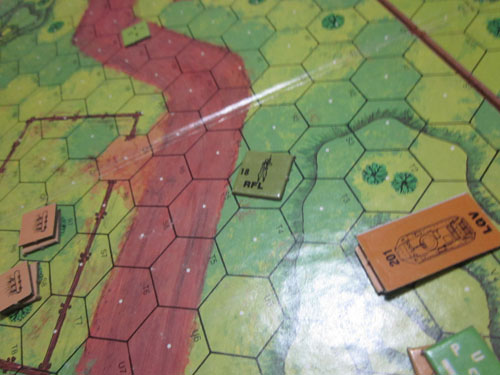 Cherkesov throws a white phosphorous grenade at the K63, which damages the APC’s tracks.  This doesn’t stop it from firing, however, which it does at Pvt. Cherkesov.  He’s eliminated in the next round. 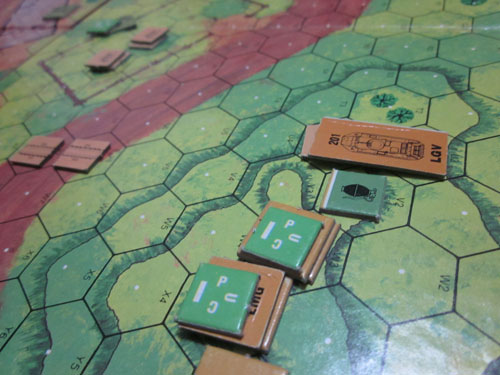 The Soviet squad leader rushes from the protection of the rear buildings and into the pillbox, hoping to get the machinegunner moving to the flank.  So far, his limited field of fire in the pillbox has prevented him from firing back effectively at the Chinese. 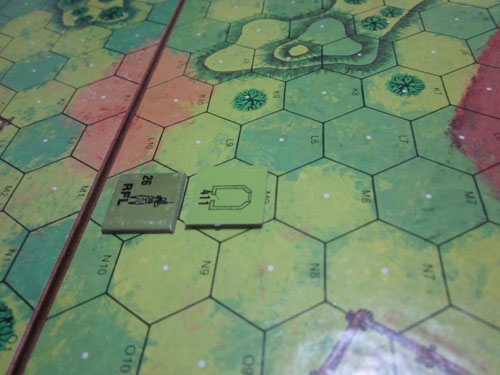 The Chinese atop the hill on the opposite bank start throwing hand grenades at the Russians down in defensive positions below.  None of the Soviets are killed but one is injured and the other is suppressed. 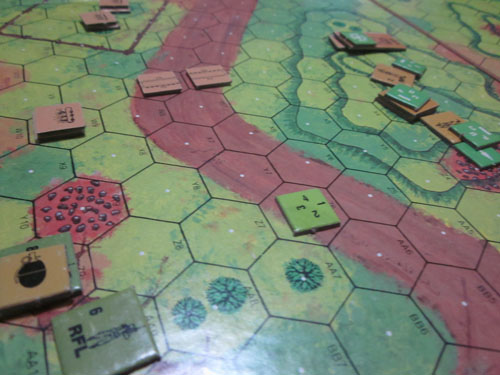 A Soviet with a rocket launcher who had earlier positioned himself on top of a hill near the building has fired twice so far at the Chinese APC across the bank.  The K63 machinegunner eliminated him soon after the second missed shot.  A lone Soviet soldier with an RPK fires at the Chinese on the opposite bank of the river while the K63 gunner starts firing back at him.  The  APC’s 12.7mm machine gun bullets smash several holes in the wall of the house. 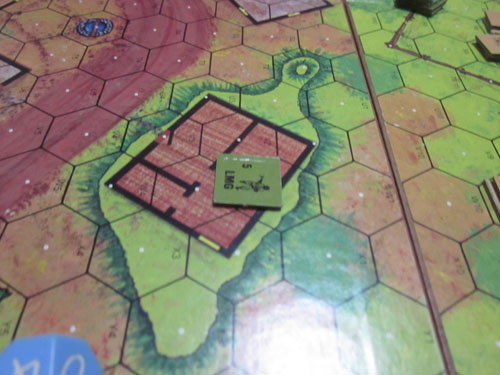 Finally after several inconclusive turns, the Chinese peel away from the battle.  They have lost three men while the Soviets have suffered two KIA and one wounded. 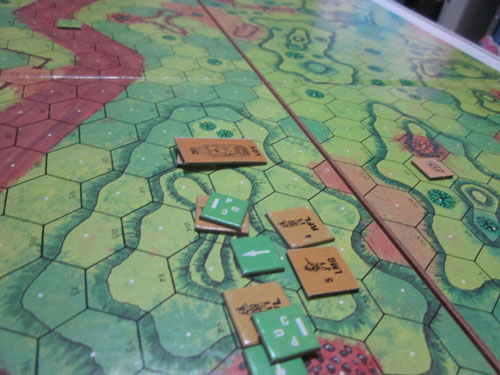 One of the things I didn’t really show was the fact that I had let out a mortar crew from the APC along with the other men.  Due to the indirect fire range of the mortar, I had to move it back and get it in position with a forward observer.  This was difficult to do in such a short scenario and it certainly shows that it’s worth the extra impulse to stop and let out the mortar crew well before getting to the infantry’s main attack position.

I didn’t push the Chinese over the border because I wanted to see what a real stand-up firefight at close range would be like to play out.  Of course, the inclusion of the APC’s HMG made the fight very deadly.  The Soviets got a bit lucky on some of their cover rolls, which kept their casualties down.  One thing that was interesting was just how ineffective the fire was against the Chinese APC.  I had directed lots of Soviet fire against it (even a close range WP grenade attack!) with little result.

Next up, I’ll be moving the Firepower setting to 1980s Central Europe for a battle based on the “Heroes of the Gap” LnL universe.