This AAR is a playthrough of my homebrew scenario about which I posted the other day.  Here we go:

We’ve got a river dividing the Soviet and Chinese borders.  There are two bridges over the river. The banks on either side are 4 height (about 30 feet) down to the river.  The bridges are made of logs, so crossing heavy armor over them is impossible but since the river is actually quite shallow (about 3 feet), it is not impossible to cross.  The Soviet side of the river is on the left while the Chinese are on the right. 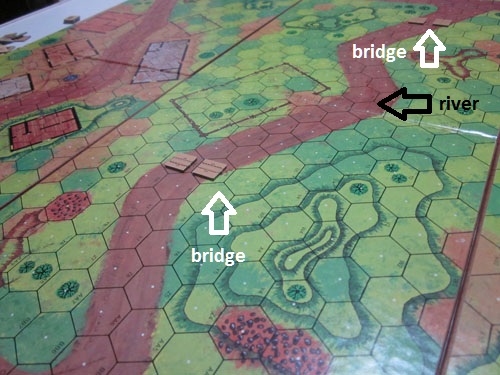 Some light bombardment from Chinese artillery hit the Soviet side this morning.  Three trees were tragically destroyed and, in their place, there are craters along with stumps and fallen logs.  This actually serves to clear the line of sight to the Soviet defensive emplacements on the other side of the river.  Abatis counters are placed in the hex to represent fallen brush and logs. 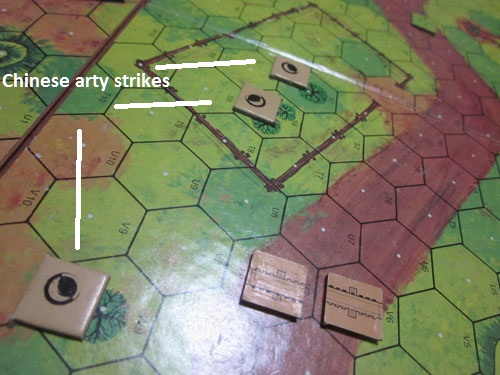 The Soviets have a concealed pillbox on their side.  They put a RPK gunner and a guy with an AKM submachine gun in there to back him up in case the Chinese try to storm it. 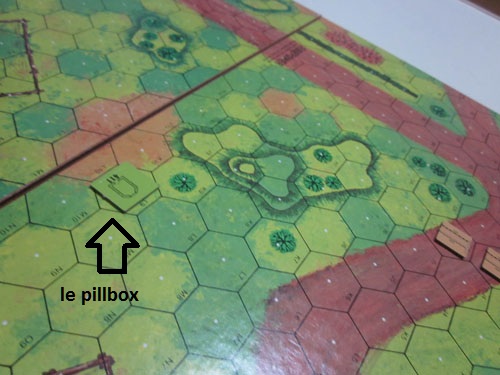 Sgt. Buryshkin (6) and Pvt. Vasiliev (8) climb down into a depression near the river bank for cover and wait patiently for the Chinese to approach. 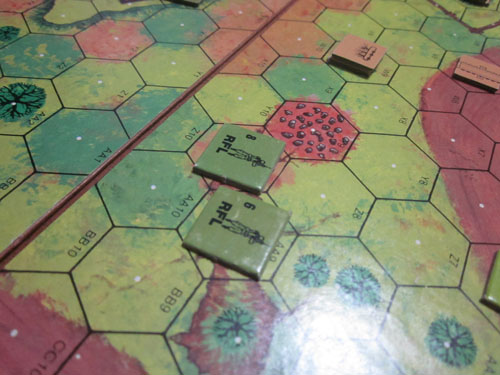 Meanwhile, Cpl. Kuzmin (5) is up on a small house on a hill further back from the river.  He stands at a window.  His buddy, Pvt Ivanov lays prone on the lip of the hillside with his RPG-2.  A few other guys in the squad set up near the other houses. 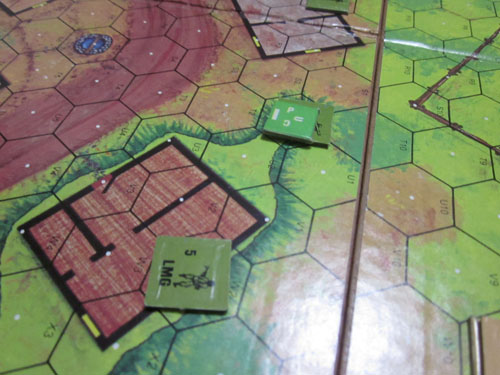 The Chinese load up a K63 Armored Personnel Carrier with 10 soldiers and enter on the right side of the board.  It starts scaling the hills until it gets close to the large hill nearest the river. 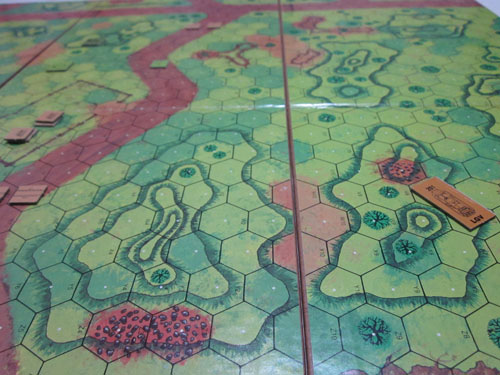 Hilarity ensues when Pvt. Cherkesov (18) moves to take cover near the fallen trees and craters. He scales a tall fence and tries to jump down but ends up hurting himself.  He is Stunned.  The Soviets in the squad stifle laughter as Cherkesov lays sprawled on the ground. 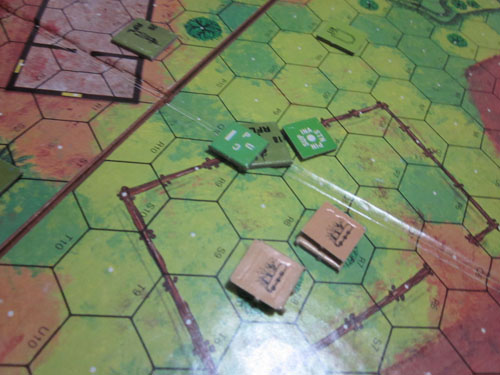 The Chinese APC reaches the hill after toppling several trees and lets out the passengers.  Due to the height of the hill, they are out of the line of fire from the Soviet troops. 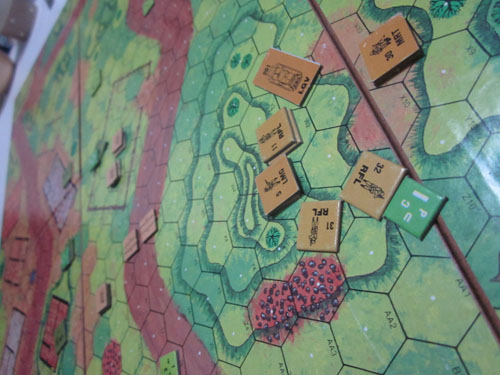 The Chinese squad takes up positions at the top of the hill. 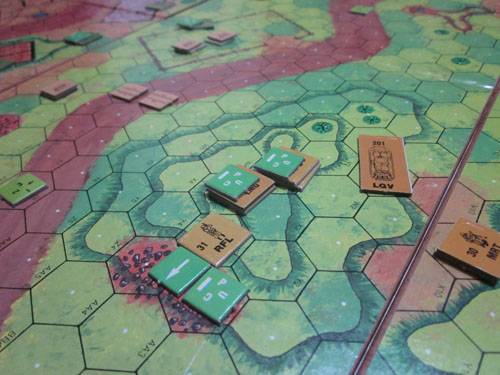 The Chinese APC topples the nearest tree and goes hull down on top of the hill.  The K63 has a .50 Heavy Machine gun.  This should be fun! 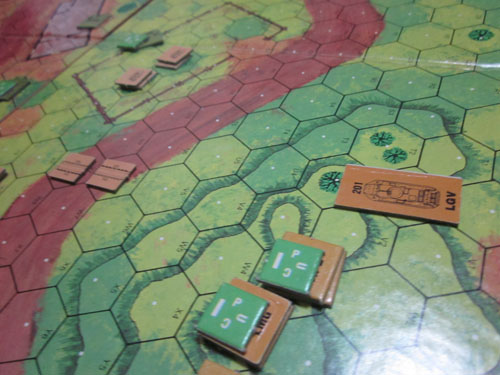 All the actors have taken their places.  The battle is ready to start!  I will post all about it in the next update.