Tonight, I was playing around a bit more with Firepower and I started to realize how massive the system gets after you add in vehicles and all the other optional rules.  So I set up a little scenario, again based on the Sino-Soviet border clashes in 1969.  This time, I took our old Soviet MRD squad from the last scenario and pitted them against an coordinated assault from a Chinese MRD team with a combat vehicle.

Here’s what I made for a homebrew scenario.  It’s nothing special but it gave me a better grasp of the rules.

The Chinese are trying to spark a border incident with the nearby Soviet army on the north bank of a small river branch that divides the border between the USSR and China.  This fictional scenario takes place in a village so tiny and remote that it doesn’t even show up on any maps.

1 x Group 8 Chinese Motorized Infantry Squad.  You can play with them dismounted if you don’t like vehicles.  I wanted to try the vehicle rules so I opted to use it.  I also wanted to experiment with indirect fire and mortars, so I took out one RFL and the MPL soldier and replaced them with a MTR6 (w/ 3MTR6AMO) and another soldier with a pistol to act as an additional crew member for the mortar team.

1 x Group 8 Soviet Motorized Rifle Squad.  Feel free to use the Soviet Airborne squad if you like playing with better trained or smaller units.

The Soviets get 1 VP for each Chinese soldier eliminated or removed from play.  They get 4 VPs for eliminating any enemy vehicles (if any are in play).

After the 6th turn, roll a d10 after the Morale Phase.  If the result is less than the current turn number, the scenario ends.  Otherwise, keep playing normally.

Map setup is as follows: 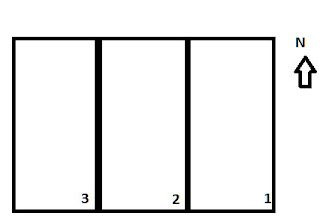 The road on board 2 that divides the board from left to right is actually a shallow river with banks on either side that are “4” in height.  The river depth is about 3 feet (45 inches).  There are two log bridges over the river on board 2.  One bridge runs from I5 and I4.  The other bridge runs from V7 and V6.  These bridges cannot be traversed by vehicles.

The roads on board 1 do not exist.  They are clear terrain.

Ten minutes ago, the Chinese fired artillery shells at the Soviet side of the border.  As a result, the Chinese player may place  (1d10)  craters anywhere on board 2 before the Soviets deploy their forces and after they have placed a pillbox.  Crater units must be placed according to the rules as outlined in 8.7.

The Chinese enter anywhere from the east (right side) of Board 1.

The Chinese get one free impulse with which to start the game.

Notes:  Feel free to modify in any way you see fit.  My goal here was to basically see how vehicles worked in the game and to have a straight-up firefight between two forces.  It’s not necessarily a great scenario but it’s there for those who want to take the plunge and check out the vehicle rules to the game.