All content published herein is copyright 2017, Brad Smith. Images are either stock photo standard rights or public domain. Please contact me at this domain if you wish to use any of the material or images posted to this site.
“Tread Heads” is a nice scenario from LnL’s “Forgotten Heroes: Vietnam” whereby a group of NVA have to nail a US convoy coming through a small village.  At first, it seems a bit of a turkey shoot.  The US has a group of six armored vehicles traveling in a single file convoy.  The NVA can’t be spotted until they open fire or a US tank is adjacent to them.
I tried this scenario earlier with some disastrous results for the US when they pushed through the village with no recon vehicle in the lead.  I tried it a second time with a recon vehicle, which managed to ferret out the NVA quite early as they had set up units adjacent to the road.  The main body of the convoy just stopped, leisurely disembarked their men and took on the NVA with full armor support.
This time, I’m trying something a little different to test out some better tactics to see if I can get a closer game out of it.
I set up the NVA in the village on board 2 again but this time, I put them a little bit further off the road so they can’t be detected by any US recon vehicles.  The NVA plan is to let any recon vehicles pass by and then nail the main body of the US armored column.

The US gets three M113 armored personnel carriers and three M48 tanks.  The infantry starts off embarked and the American vehicles must move in a single file column until the NVA open fire or are otherwise detected.

Here are a few pics of the convoy and its passengers.  There are two leaders and 6 US Army squads. 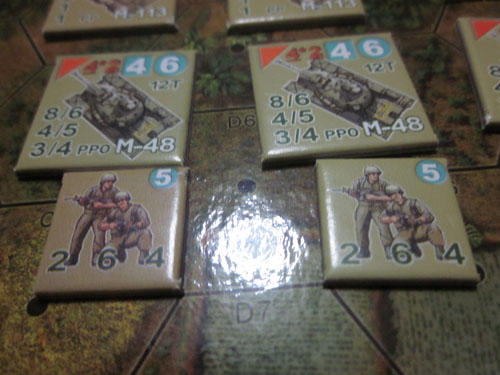 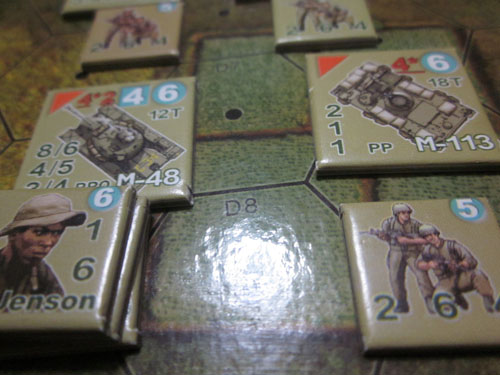 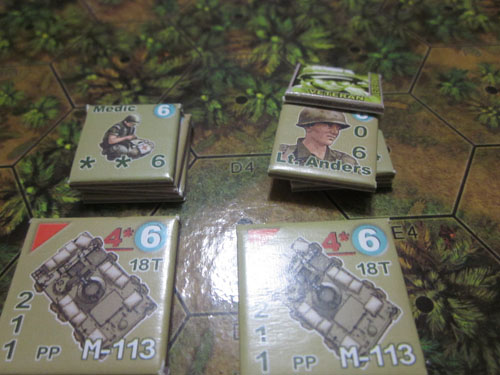 Considering the last scenario was a cakewalk for the US due to its use of a lead vehicle to recon the village, the NVA opts to set up further off the road in the light jungle and bamboo huts.  It’s not as much protection as the heavy buildings but it keeps everyone hidden until the trap is ready to be sprung.

The NVA also have 2 leaders and 6 NVA squads.  Lt. Thien sets up with his platoon and an RPG-2 near the center of the village where the US vehicles must pass by. 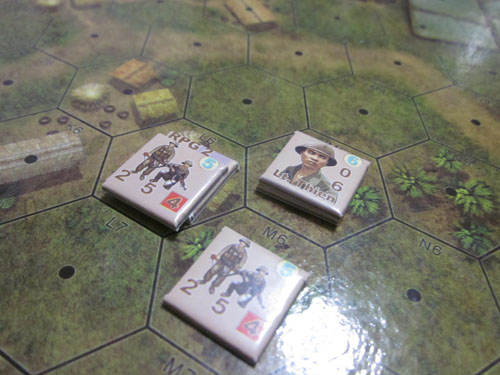 Lt. Khai sets up a bit further north.  Again, he has an RPG-2 ready to fire towards the convoy as it comes from the east down the road.  Both leaders are set up on the eastern outskirts of the village, hoping to hit the main body of the convoy.  The M113s have very little armor, so they will be the main targets of the ambush. Any lead vehicles will be allowed to pass through so as to avoid detection.  The NVA player will even allow the lead vehicle to exit the map (and thus net the US player 4 victory points) if it means a better chance at hitting those APCs. 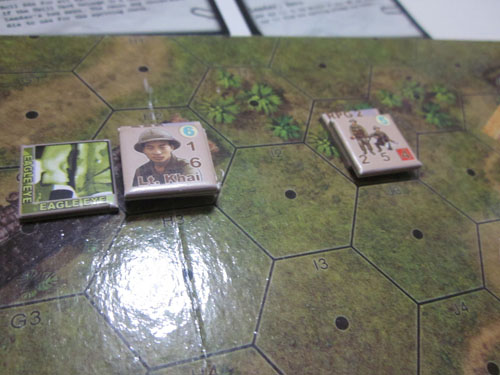 Here’s the final setup.  The NVA have placed themselves in good cover and await the US convoy. 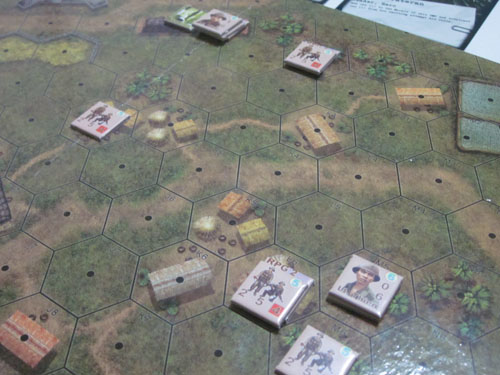 This gave me a good setup with nice interlocking fields of fire. 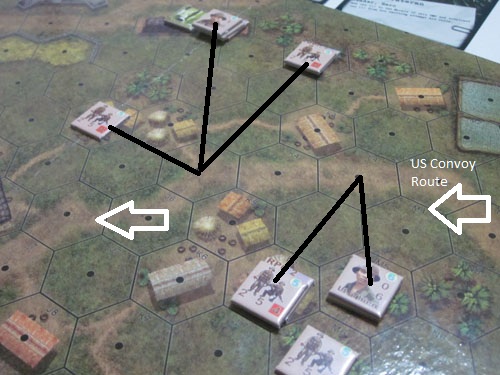 Next up:  The Convoy Setup.