Well, something arrived on my doorstep today… 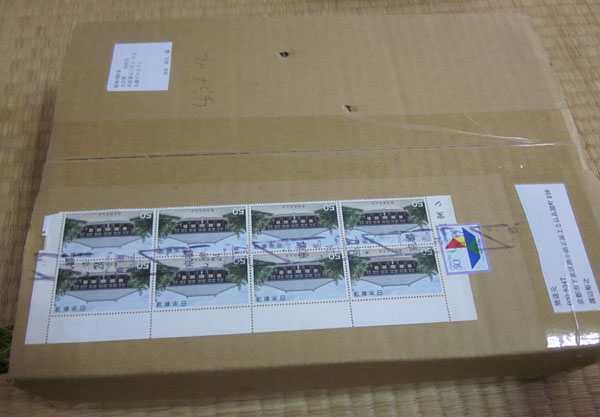 Whatever it was, it came from Kyoto… 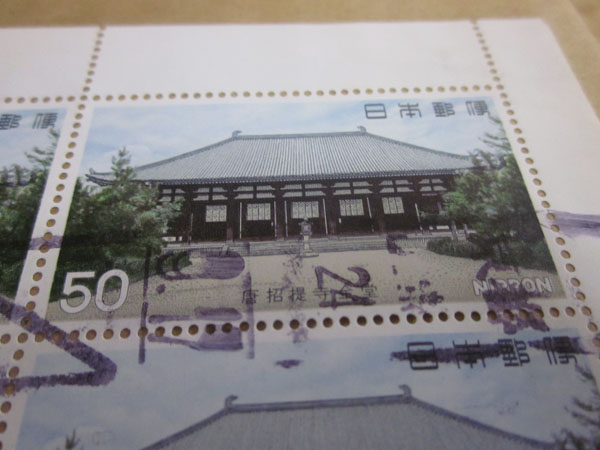 and was wrapped up in the sports section of Kyoto’s daily paper. 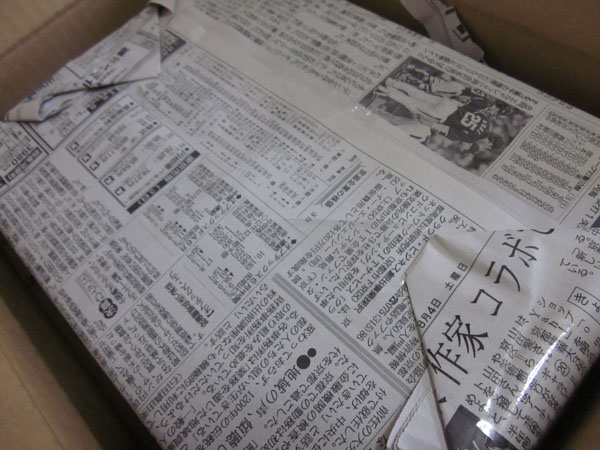 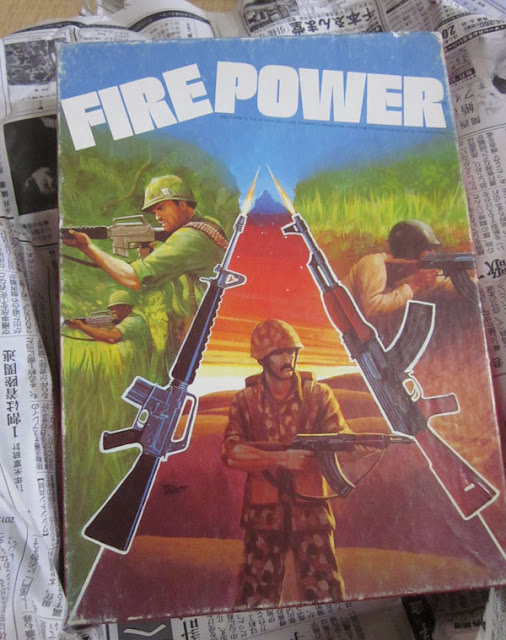 This game was the “modern day warfare” follow-up to AH’s man-to-man squad tactics game of WW2.   It covers real and potential conflicts from 1945 to 1990. 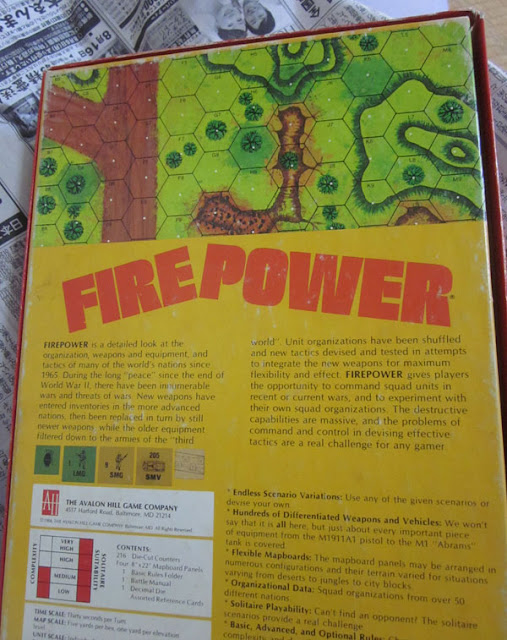 Inside the box, we have the original 10-sided die included in the game from 1984.  The counters were cut, which is fine by me.  Japanese gamers are pretty meticulous in terms of cutting and storing these games properly.  There was very little wear and tear on it considering the game is almost 30 years old. 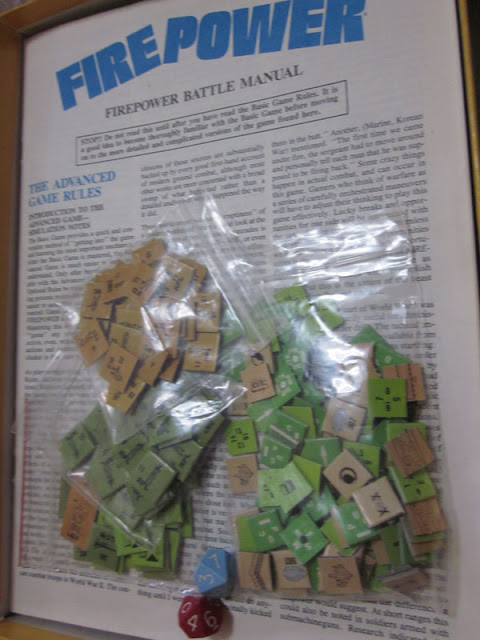 The counters don’t exactly approach the beauty of LnL’s counters but they’re a functional product of their time. 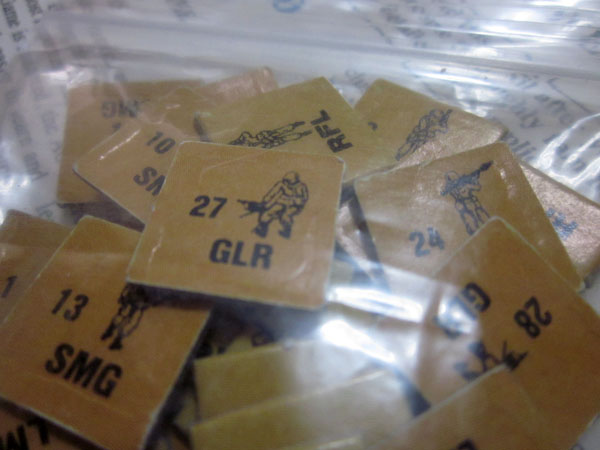 The game’s rules are quite detailed and include rules on where exactly your soldiers are sitting when in a vehicle, which side of a tree they are taking cover on, etc. 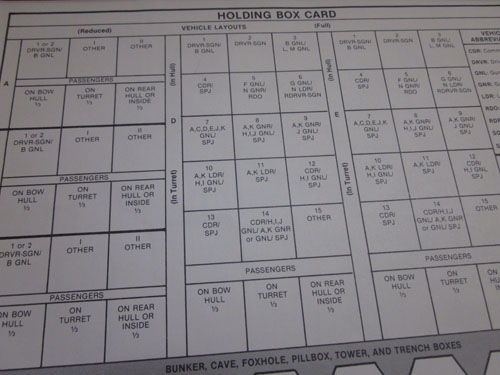 There are charts for dozens of weapons, vehicles, diagrams of explosive blasts, and just about every conceivable thing you would need to figure out for a game on this scale. 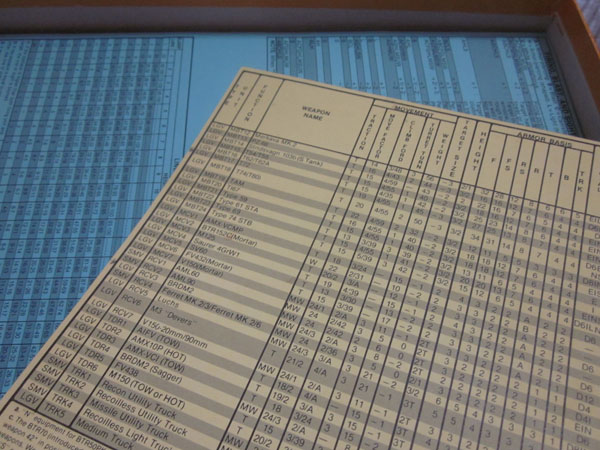 It has a strong resemblance to a role-playing game or other games like the Ambush! series with characteristics for each member of your squad. 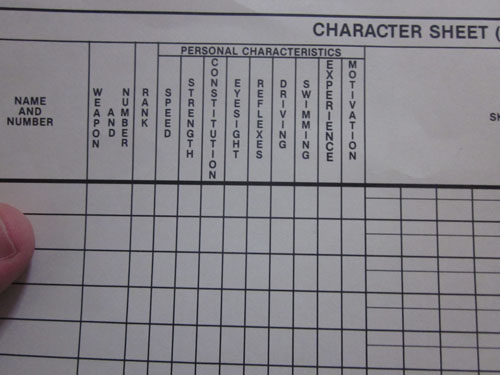 Building layouts are included as well for when you need to storm the pantry! 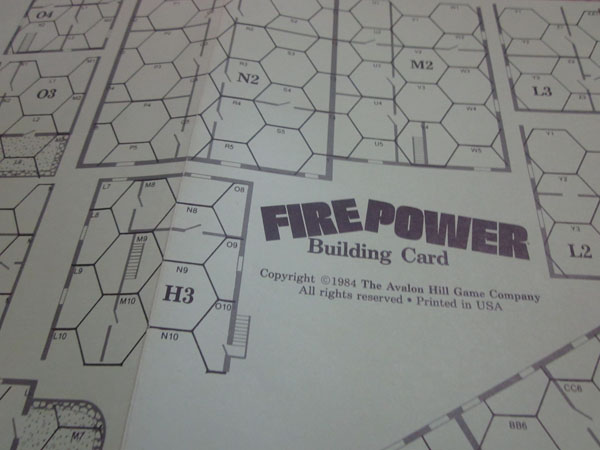 Finally, we have colorful pastel geomorphic maps with a five yards per hex scale. 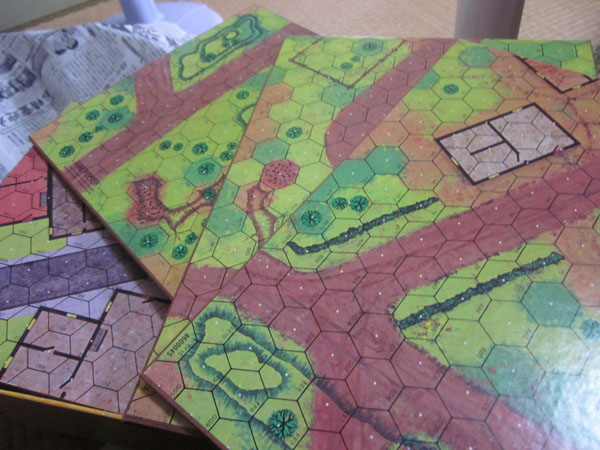 The Firepower game system tried to extensively cover weapons, troop quality, and squad composition of many armies around the world.  The scenarios include NATO vs. Warsaw Pact, Indians vs. Pakistanis, Egyptians vs. Israelis, and there are lists of squads and equipment from about 45 different countries so you can make your own scenarios.  Should be interesting to put this one on the table.