I’ve wanted to write an ongoing AAR of an advanced scenario in Sixth Fleet so I thought I would start it up today and just sort of play and update it when I get a chance.  Things are getting busy for me at work so I’m not sure how often I can update the blog but I’ll do my best.

I’m going to play a “short” scenario with all the bells and whistles.  Since there’s no way I can justify using the table space for a prolonged period, I’m going to be using Vassal to play the game.

So in this scenario, the Syrians have attacked the Israelis and the political situation is very confused.  The Soviets have deployed to the Mediterranean and are causing problems and the US is trying to keep open the sea lanes from the Atlantic to Israel.  I’m going to choose a “Low Preparedness” level for both sides.  This makes it slightly less work to set up the game and, given the scenario description, it just seems like the right way to go.

So let’s consult the Neutrality table and find out who is allied with whom, shall we?

Wow, that is messed up!   The biggest surprise was getting Yugoslavia for the USA and Algeria for the USSR.

The Algerians get a few scant units to play with over in the Tyrrenhian Sea Zone while the Libyans get small flotillas and a handful of planes.  Yugoslavia hasn’t got much in the way to make a real difference. The real strength in the region is Israel, Egypt and Syria, which puts the scene of the action over in the Eastern Med.

Since the US has plenty of friends in the Eastern Med, it sets up its carrier forces with the Nimitz in the area while the USSR puts a couple of nuclear subs there and sits a task force to the west.  The last time I played this scenario, I set up the US fleet way to the west where they had no allies and I quickly paid the price for it.  This time, I parked the carrier task force close enough to Beirut to start sending in guys as soon as possible.

Political Phase:  A UN breakthrough occurs and +1 is added to all die rolls for resolving the conflict.

Weather:  Beautiful and clear around the Med. today.

C/C and Sat Recon:  Command and Control is fine.  Satellite recon is not available for either side. 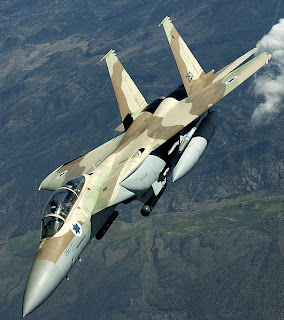 Strategic Air Phase:
Major surface formations are detected in the Eastern Med.  3 T16 Recon Badgers sent out for Tac Coordination with the Soviet fleet are bounced by an Israeli F-15.  Half a flight of T16s is lost and the others lose their nerve and return to base.

Invasion Phase:  Neither side gets any paratroopers or commandos to start with.

All the interceptors everywhere go on CAP to provide a nice umbrella defense for the various task forces sitting near the coasts.  The Soviets, wary of cruise missile attacks against their bases in the Crimea, station some MiG-21s on CAP.

The US activates its surface forces.  The Texas launches cruise missiles at Saki where the Soviets have their bomber forces stationed.  Unfortunately, the base air defenses work quite well and although some light damage occurs, all of the air units are fine.

Israeli fast patrol ships move up towards the Syrian ports and try to block off the Soviet task forces assembled there.

US Task Force 2 moves out from Rota and begins its long journey east to join up with the carrier task force. 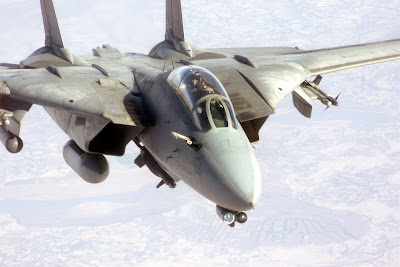 The USSR activates its air units and decides to launch its bombers from Saki AFB.  The most direct route for them is Turkey, so they fly overhead.  Turkey gets really angry and an alignment check rolls 2, which means they will become a US ally next turn.  The bombers are held back by F-14 CAP but take no losses and return to base.

A Syrian Su-20 bombs an Israeli patrol boat sitting near Latakia in hex 0948.

The US goes with air and the Nimitz launches some A-7s and A-6 Intruders to hit at the Soviet task force with the Minsk.  Although a close call, they break through the Soviet air defenses and the A-6 Intruders manage to land a hit on the Soviet fleet, damaging the Minsk!

Rest of Game Turn 1:  Not much else exciting happens.  The Soviets move their subs to either end of the Med, trying to take on the American task forces.  The Israelis are parked in the Beirut hex, which prevents the Soviets from landing any troops there.  After dispatching a couple of subs to take care of the problem, the Israelis are out three patrol boats.  There is a real traffic jam around Beirut as the Egyptians, Soviets, Americans and Israelis jostle for position there.

Day 1 is finished and it has been bloody for both sides.  The Soviet Navy’s pride and joy, the Minsk, has been damaged despite the benefits of staying under Syrian air cover.  The Libyans are anxious to start hurting the American fleet while the Algerians and the Moroccans don’t quite know what to do with each other at this point.  Despite clear weather, no one has been able to land troops today.

The diplomatic situation seems to be advancing quickly.  I wouldn’t count on this conflict going on too long right now.
Playing with full supplies on, it’s hard to keep track of all the individual units, not to mention time consuming.  Both the Egyptians and the Israelis have used up most of their ASW fending off subs and their SSMs have been severely depleted.  What will day 2 bring?  Update coming next Saturday!