All content published herein is copyright 2017, Brad Smith. Images are either stock photo standard rights or public domain. Please contact me at this domain if you wish to use any of the material or images posted to this site.
Well, it’s time to go back to the Reagan era and do some battle with the commies.  In this scenario, the Americans are tasked with defending the Eisenbach area from some major Soviet attacks.  Here’s the OOB. 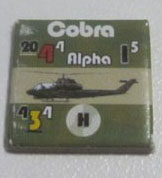 Team Alpha: 1 AH-1 Cobra due to enter the fray in Round 5. That will be pretty late in the game but it’s better than never. 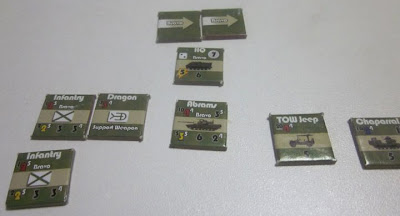 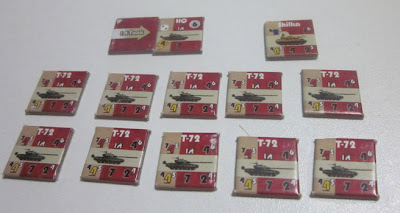 Soviet OOB: 1st Tank Division at full strength. Since this scenario starts on the third day of the war, we get to have full strength companies and divisions. Yay! Note the attached mobile Anti-Aircraft Artillery (AAA) vehicle, the Shilka.


Part One is Le Done.  Part II will feature the battle..  Thanks for reading!