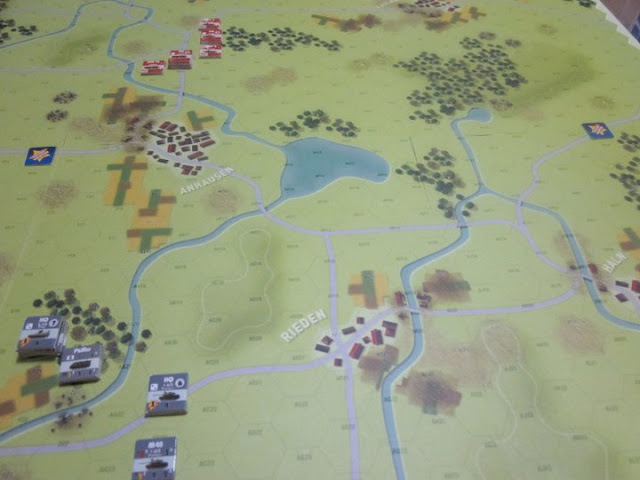 Starting Setup and Objectives: The West Germans must exit off the battlefield to the west via the road from Anhausen (the square blue chit shows you the exact exit point). The Soviets must exit off the east side of the map (not shown).


Both sides start very close to the west exit point for the West Germans. The Soviets have to be lucky and quick to catch the Germans before they run off the map. The West Germans have to hope that I pull their formation marker from the cup and they can move to the west with impunity. Hopefully, this will happen before Turn 3 when the Soviet commander gets the 57th AHR (2 Mi-24 Hinds) and the SU-25 air support becomes available. 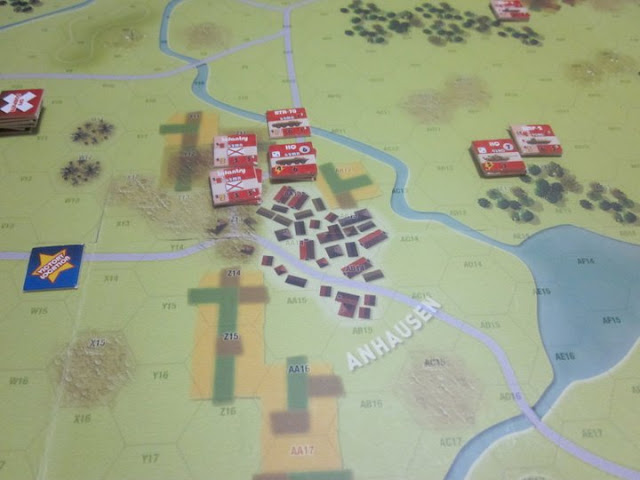 62nd Soviet Motorized Rifle gets the first activation and quickly moves south to Anhausen to set up shop. The infantry leap out of their APCs and start setting up ambushes near the exit point. That…is not a good sign for the West German commander. 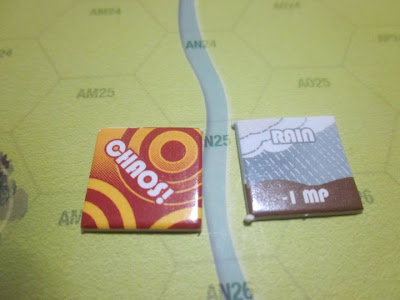 Chaos marker is pulled! A downpour starts, reducing all movement on the board by 1 Movement Point. Oh noes!
This is especially bad for the West German player, who is depending on speed to get his units quickly off the map. 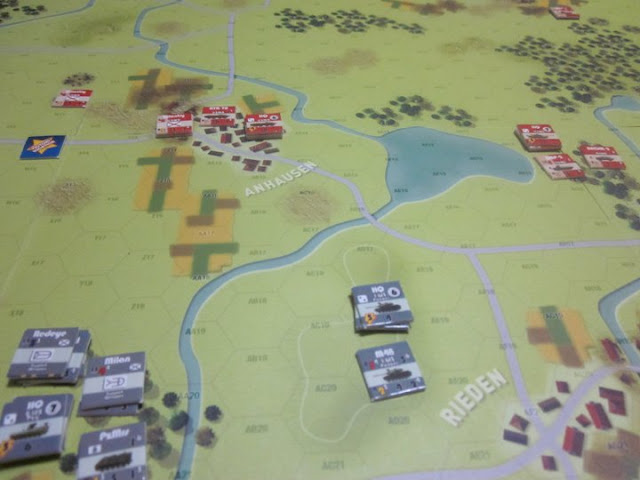 The Soviets 93rd Recon tanks have set up in the east, hoping to use Opportunity Fire on any W. German armored units stupid enough to move up to Anhausen.The M48s near Rieden struggle mightily to get up to the hill but eventually find the crest of the hill and go into a hull down defensive position.As W. German commander, I was thinking of rushing the objective. However, since the Russians have some pretty decent maneuver in the opening turns, it seems that I would be entering into a possible death trap by rushing north. Instead, the West German commander goes “knives out” and deploys the infantry in the woods to the south of Anhauser.

I’m thinking of letting the M48s provide flank support as the Marders and infantry leapfrog towards the exit point near Anhausen.

The exciting conclusion comes next in Part III!