In this short scenario in World at War:  Blood and Bridges, the West Germans and Soviets face off against each other near the Rhine River.

First up, let’s go through the Order of Battle:
The Soviets get a nice pair of Mi-24 Hind-E helicopters from the 57th Airborne Helicopter Regiment to bring on the pain.  These will ruin your day if you aren’t smart about your air defenses. 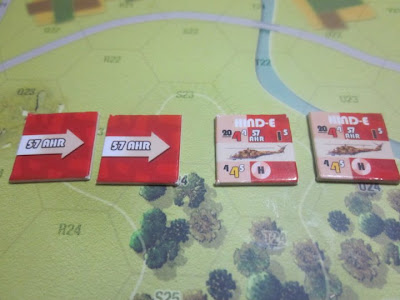 Next up, we get the 93rd Recon regiment, which sports a fast and deadly punch with a pair of T-80s, two BMP-2s, and some BRDMs for good measure. 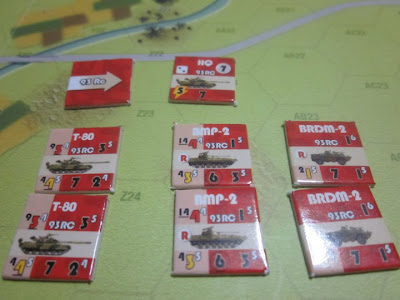 The Soviets also get the 62nd Motorized Regiment with a disappointing set of rusting BTRs with the standard buttload of infantry.  But that’s more than made up for with this…an Soviet Su-25 Frogfoot ground support aircraft and it’s available fairly early in the game! Fun for the whole family! 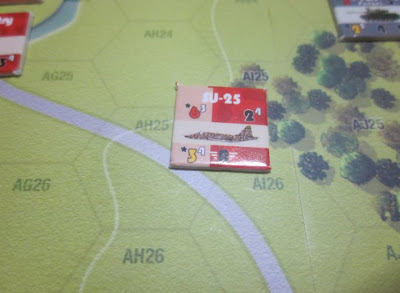 NATO gets the West German 1/613th with some ageing M48s and some Marder APCs with infantry from the 2/182 division.  Part II will feature the battle.