This report is from a playthrough of scenario 2 in Lock ‘n Load’s World at War: Eisenbach Gap.  Let’s start with the Order of Battle: 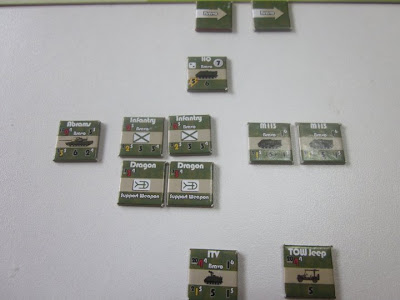 Team Bravo:  The Americans have a couple of platoons of infantry along with some M1 Abrams tanks and some light AT missile launchers in the form of a TOW Jeep and an ITV.  The team is light but its maneuverability and overall concentrated firepower is a decent for match the Soviet numbers. 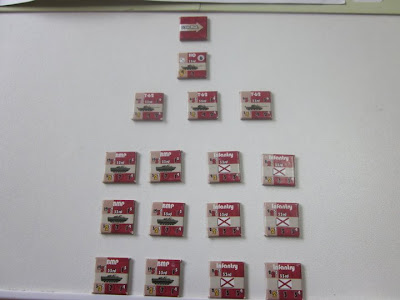 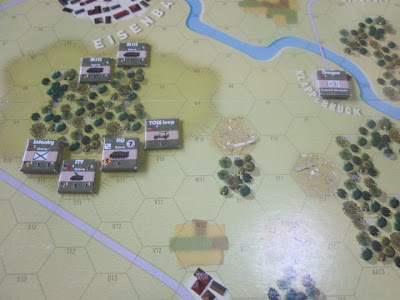 The Soviet objective is to capture Klappebruck and Eisenbach. Soviet 33rd Motor Rifle Div. will enter to the south. The Americans have set up a defensive line along the hills facing this sector. An American platoon with Dragon AT weapons is set up in Klappebruck. The American plan is to devastate the Soviets as they approach the north and then carefully withdraw to Eisenbach. 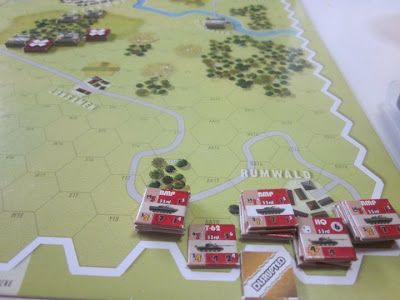 The Soviet 33rd Motorized Rifle Division enters the board from the south. The BMPs are full of infantry and forming up for a big push. Note the lack of cover from here to the hills with the American forces to the north. This will not be easy for the Soviet commander.